Can Crypto Still Save the World 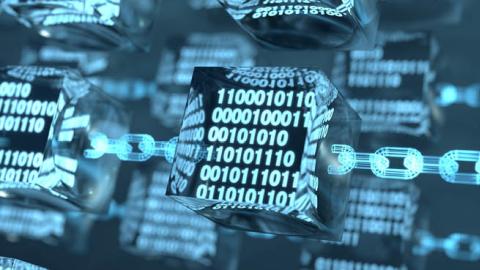 It’s been a nightmare couple months for cryptocurrency investors. They’ve watched their Bitcoin holdings hemorrhage 70 percent of their value since the record high of $69,000 back in November. Overall, they’ve suffered crypto losses totaling more than half (55%) of capitalization, or an estimated market loss of $2 trillion.

The days when crypto enthusiasts could talk about crypto as if Bitcoin were the new reserve currency, or the digital equivalent of the gold standard, or even a transformation of what it means to invest, are over. Crypto looks more like a classic boom and bust investment, like Dutch tulips, rather than the next best hope for humanity.

As I warned in an earlier Forbes column, the crypto boom was driven by systematic policy failures by major central banks. As long as they made bad decisions about monetary supply or failed to take on inflation, cryptocurrencies were going to look like solid investments. As soon as central banks shook off their inertia, crypto values started heading south. Meanwhile, the threat of regulation of the crypto market—regulations that might strangle the Bitcoin goose—has raised additional uncertainties about where the market is headed, and whether it pays to buy low now—or run for the hills.

Nonetheless, as Bloomberg reports, venture capitalists still want in the crypto game. They’re being smart. They sense that despite the burst bubble since January, cryptocurrencies will be here to stay. They may not save humanity from itself, as some thought, but they remain a valuable speculative instrument but also a store of value when other investments look uncertain or too volatile to handle.

At the same time, Bitcoin and crypto do offer a deeper secret that is important to the rest of humanity. That secret isn’t what they do, but how they do it. i.e. with Distributed Ledger Technology or blockchain.

We can think of blockchain as an enormous spreadsheet that’s reproduced thousands of times across a network of computers, that regularly updates the spreadsheet and its common database. The growing list of records in the ledger, called blocks, are linked or chained together to all previous blocks of transactions, using a cryptographic fingerprint known as a hash. Each transaction is independently verified and confirmed by peer-to-peer computer networks, time-stamped, and then added to the distributed ledger. Once recorded, the data cannot be altered—and it’s only shared with those who are part of the encrypted ledger.

Former SEC Chairman Jay Clayton has predicted that blockchain is the future of our financial markets, including digital currencies. High-tech guru George Gilder sums up the future of blockchain this way: “Even though bitcoin may not, after all, represent the potential for a new gold standard, its underlying technology will unbundle the roles of money.” Blockchain may even represent the future of the Internet.

There is, however, a cloud hovering over the DLT future, a quantum cloud.

This column pointed out back in 2018 that DLT was vulnerable to future quantum computer attack. Our latest report from the Quantum Alliance Initiative at the Hudson Institute, gives some idea of the cost of such a future quantum computer assault. Our econometric calculations indicate that such an attack would amount to $1.8 trillion in direct losses, with an additional loss of $1.4 trillion in indirect impacts. Taken together, a successful quantum computer decryption of cryptocurrency’s most valuable asset—its blockchain encryption—would result in a $3.34 trillion hit on the U.S. economy, with negative ripple effects across the global economy for a long time to come.

Stablecoins doesn’t fare any better in this scenario. Since these crypto instruments are pegged to 1:1 ratios with fiat currencies, the resulting liquidity crunch as margin calls come due and banks scramble to cover losses, means they too become quantum road kill.

What’s the answer? As we’ve mentioned in other columns, crypto companies need to adopt quantum-safe encryption to protect their future. That means either installing post-quantum cryptographic algorithms like the ones being standardized by the National Institute of Standards and Technology or turning to quantum-based cryptography, which uses quantum random number generators and quantum key distribution to create hack-proof communication links across the ledger.

There are even quantum security companies that offer both.

Likewise, it would make sense for a government regulatory crypto regime to require installing quantum-safe solutions for the entire industry. Making cryptocurrencies quantum secure could even set the next cryptographic standard for the rest of the financial sector, from banks to equity and credit markets.

Either way, the future of blockchain, like the future of crypto, hangs in the balance. So will the future of the U.S. economy, unless we start getting smart about the quantum threat to come.