How Markets Price a Pandemic—and How They Lower Risk 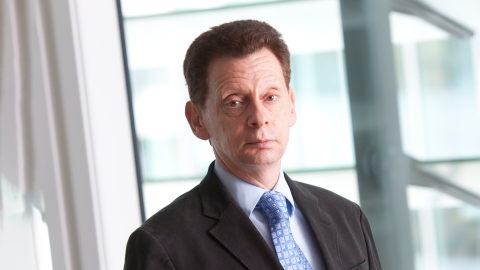 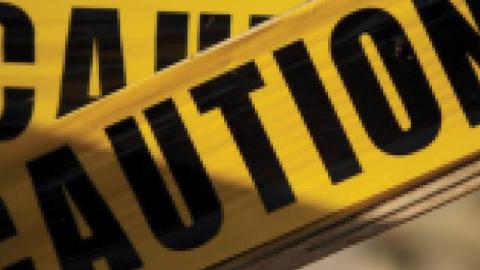 In economic terms, war and pandemic are the same without even evoking imagery of the virus as an invisible enemy or of a long struggle interspersed with brief truces. Both disasters emit massive supply shocks which hit the engines of prosperity.

In principle free markets could play a vital role in mitigating those shocks. The accompanying social climate of fear, however, strengthens forces which are inimical to freedom. These adopt as camouflage the banners of social justice and national solidarity while empowering cronyism and monopoly.

None of this is to deny that free markets experience frictions described as “externalities” in time of war or pandemic and can seize up unless there is careful buttressing of the legal framework within which they function. In the world of the second best, however, attending to these issues pragmatically promises much better outcomes than market suppression by emergency decree.

Supply shock in war includes dislocation of international trade by risk of enemy action; sudden scarcity of labor in the civilian economy (the source of prosperity) as this shifts into the military sector (munitions production or actual combat); and physical destruction of capital stock (or threat of it, for example by enemy bombs). In general, enterprises can no longer offer a wide range of output free from the risk of sudden interruption. The military sector, including all the wages paid there, is ultimately paid for by taxation of the civilian sector, though the timing of the effective burden is highly variable and may occur far into the subsequent peace, as for example would be the case with a high inflation tax.

It is similar with pandemic. Providers of a whole range of services (shopping in store, entertainment, restaurants, bars, public transport, travel) suddenly find that many consumers regard these services in their present form as now exposing them to risk of infection. Similarly, many workers conclude that the work environment in many branches of the economy now exposes them to danger of illness.

Many workers would choose to stay at home during the pandemic rather than accept such danger if they could (1) employ social insurance as a substitute for wages and (2) seek legal protection guaranteeing rehire at the end of the emergency. Political pressure for such measures will increase. Simultaneously, many enterprises eliminate jobs at least temporarily due to the enterprise's inability, due to the decline in demand for their present services, to find paths to continued profitable operation at the previous scale.

The need for a flexible economy becomes all the more essential since the bill for social insurance and employment guarantees (as for the military sector above) is ultimately paid for out of taxation on the prosperity-generating economy.

Regardless of state actions limiting economic activity, there will be cases where the public perceives there to be higher risk in both employment and consumption due to disease. This will bring a supply shock, but market forces, if free to operate, can help to bring about a modification of service output and resource input to ameliorate the economic consequences of this shock.

This would tend to push prices higher for this modified output than for the previous (preshock) output. In the absence of monetary inflation, however, the predominant expectation would be that when the supply shock eases (at end of war or pandemic) prices will decline, and this expectation would encourage the postponement of consumption into the future. Also favoring postponement would be expectation that quality of services would improve (no more risk of destruction or illness). In consequence, there would be a bulge of savings during the acute phase of the supply shock which would flow into the expanded government deficit. But unlike in the case of rationing solutions to supply shortage, those individuals with a strong preference for present consumption could buy now, limited only by their overall budget.

In the case of pandemic, free markets would create strong market incentives for businesses to reorganize output so as to provide services which were less prone to infection risk and to provide work environments which were similarly modified. For example, food stores which provided a shopping experience with “social distancing” could bolster demand compared to what was out there for now plague-ridden services.

Yes, there would be added costs; but these could be passed on most likely in higher prices. And they could offer variations such as premium entry tickets, which would mean no waiting in line. Yes, brick-and-mortar stores would have to consider competition from online distributors, whose services would now be at an advantage as regards exposure to infection risk from the viewpoint of the customer. But these online merchants in turn depend on warehouse and distribution systems, which often employ labor in now unsafe environments, given crowding and related risk of exposure to infection.

When labor has bargaining power, it can demand a large premium over normal pay, meaning substantially higher costs than before for online merchants. The online merchants could restrain the rise in labor costs by making outlays to improve the work environment. Still, overall costs would increase, meaning most likely higher prices.

Indeed, the monopolist might lobby in Washington to stave off labor-related regulations or antitrust action—regulations which could mean that producers face substantially higher labor and other costs during the pandemic. To that purpose it would play along with public perceptions of social fairness by abstaining from any actions which have semblance of price gouging. Anyhow, keeping prices down might make business sense as a form of predatory action against enfeebled brick-and-mortar competitors.

None of this is to deny an issue of externality. Suppose there are many consumers who would still rather buy higher-risk unmodified services from the store than turn to the more expensive modified services or online alternatives. Medical insurance providers might seek to readjust incentives in this case. After all, insurers might conclude that consumers who prefer lower-cost, but presumably higher-risk, services and goods are raising the general risk of contagion. Insurers then might seek to restrain the more carefree consumer by quoting lower premiums to those who can demonstrate that they are buying only services modified to reduce infection risk.

Finally, there is the thorny issue of public authorities pricing their output during pandemic—most of all mass transit. They can assume that much of the public would prefer the level of infection risk to be reduced. But how to do this without economic lockdowns if demand contraction related to general business conditions does not free up sufficient space? The answer is premium pricing. A big supplement to normal prices, especially at busy times, would empty out seats and reduce infection risks while also paying for a new hygiene regime. Premium prices would add to incentives for employers to devise plans for remote work or concentrate fewer days in the workplace with longer hours.

There would be discount schemes of course for “essential” workers. But no ration coupons or equivalents, please! Cautionary tale: the fantasy short story by Marcel Aymé describing how in wartime Paris the Nazi occupiers rationed intellectuals to only three days of life a week, and could not understand how before long (thanks to the black market) some people were living ten days a week!