It’s Time for 3G To Ride Off Into the Sunset 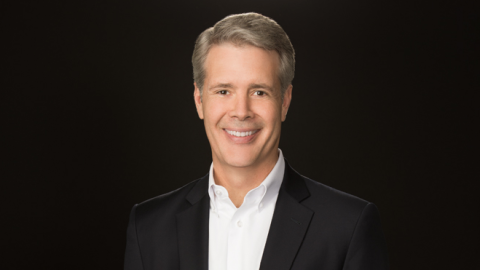 Every so often American consumers find themselves on the threshold of an exciting new opportunity to transition away from old and obsolete products and embrace powerful new technologies. America’s inventors are amazing, and each day they offer us new creations that make our lives easier. Those of us with some gray hair can remember quite a few technological leaps, such as when we evolved from: AM radio to FM stereo; VHS tapes to DVDs; analog to digital broadcast TV; and over-the-air TV to cable. These changes provided greater efficiency, higher quality content, and better, more reliable services.

One of the most revolutionary creations in human history is the cell phone, which, in the words of its inventor, Marty Cooper, empowered us to move away from merely calling a place with a wireline phone fixed into a wall, to calling a person with a mobile phone wherever they may want to go. Today, the wireless marketplace is undergoing the fifth generation of its evolution, or “5G.” These new wireless services offer tremendous promise.

Not only will they deliver faster download speeds and uses that we cannot fully imagine today, but more importantly they will bridge the “digital divide” for the unserved and underserved. But transitioning to 5G means it’s time to retire obsolete 3G equipment. The change is cause for celebration, not worry.

During seven wonderful years serving as a commissioner of the Federal Communications Commission, I worked on several major technological transitions that initially caused a few folks to fret. But the resulting changes ended up benefitting consumers in unimaginable ways, and any concerns quickly disappeared.

One of those transitions was helping the cellular industry retire, or “sunset,” its outdated analog networks in 2007 and replace them with more powerful and efficient digital networks. Though it had been underway for most of a decade, the transition had its naysayers and some folks tried to delay it.

But the “analog sunset” transition progressed smoothly, and consumers quickly realized they were better off and happier with their new, all-digital cellular services. For example, the cellular analog sunset ushered in a whole new world of communications technologies that empowered people by launching the era of mobile apps like texting and photo sharing. Concerns about the transition instantly evaporated as consumers experienced the benefits of the upgrade.

As the world gets ready for 5G today, some cellular networks and a few consumers still have 3G technologies even though they are obsolete. 3G, introduced more than 15 years ago, does not offer enough speed or capacity for modern consumers’ thirst for video and life-changing apps.

Emerging 5G networks and devices are at least 240 times faster than 3G. For example, a video that would take more than an hour to download via 3G takes only 35 seconds via 5G. An average mobile app that might take one minute to download on a 3G device takes less than a second on a 5G phone. And 5G networks and devices can handle high-definition 4K videos with ease while 3G would grind to a halt.

But moving from 3G to 5G offers benefits that are far more profound than watching movies. Faster speeds unleash a wide variety of applications like real-time weather, remote medical services, and online learning. This dramatic evolutionary leap will also provide nearly ubiquitous high-speed internet access on par with current fixed home internet services, allowing mobile phones for many of us to serve as our sole or primary source for broadband connectivity.

Thus, consumers will save money by eliminating the need for multiple broadband subscriptions. In addition, many service providers are providing significant financial assistance and incentives to enable consumers who remain on obsolete 3G technologies to take this leap forward. Any delay of the 3G sunset would hold back many underserved people from being able to enjoy the benefits of the new technology and render them second class internet citizens.

Perhaps most importantly, sunsetting 3G and moving to 5G will increase network reliability and make for better location accuracy, even vertical location. This means first responders will be able to address 911 emergencies more quickly and efficiently. And 5G enables access to countless communication options for the disability community, including direct communications with emergency services through Next Generation 911.

To enable these and many other societal benefits, wireless carriers started announcing plans to sunset their 3G networks years ago. These tremendous market developments are especially helpful to low-income users.

As with the analog sunset of 2007 and the digital television transition of 2009, there are those who don’t want change for self-serving reasons and there is talk of delay — even though the evolution has been underway for years. But consumers know better. In fact, every day thousands of consumers are replacing their clunky old 3G phones with powerful new 5G devices. We should continue moving forward with the transition to 5G so we can get to our mobile future faster.