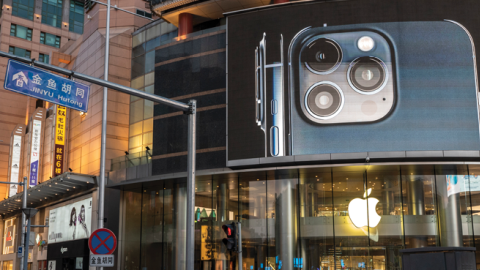 Caption
An Apple Store at a usually bustling intersection in a popular shopping district after recent COVID-19 outbreaks on May 23, 2022, in Beijing, China. (Kevin Frayer/Getty Images)

By now, most Americans know about the Chinese Communist Party’s ambition to supplant the United States on the world stage. The CCP seeks to replace the democratic systems America has fostered with ones that are friendly towards the Chinese version of Marxism . What’s at stake for Americans could not be graver: if the CCP surpasses the United States economically and uses its military to conquer Taiwan and wrest control of the U.S.-protected free and open sea lanes, it will wield enormous power over the United States. That cannot be allowed to happen.

We can envision a world dominated by China. It will resemble its own domestic life, which is driven by Marxist opposition to fundamental institutions like religion and the family. It operates as the most sophisticated surveillance state in the world, combined with a dystopian police force, in order to persecute people of faith, enforce family size mandates, and engage in wholesale genocide. It uses the massive data collected to assign social credit scores to punish and reward select behaviors.