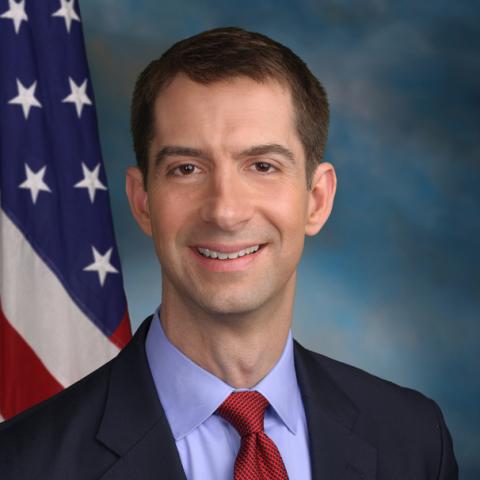 Walter Russell Mead, Hudson Institute Distinguished Scholar in American Strategy and Statesmanship, hosted Senator Tom Cotton of Arkansas for a one-on-one discussion of U.S. national security challenges. Mead explored Senator Cotton’s perspective on America’s role in the world and recommendations for handling global hot spots, including the rapid rise of the Islamic State, the U.S.-Iran nuclear talks, Russian aggression against Ukraine, and other challenges facing American policymakers today and in the years ahead.

Senator Cotton, who serves on the Banking, Intelligence and Armed Services committees, is a prominent voice in Washington on national security and international affairs. Cotton served two combat tours, one in Iraq with the 101st Airborne and the other in Afghanistan with a Provincial Reconstruction Team. His military decorations include the Bronze Star, Combat Infantry Badge, and Ranger Tab.

With this event, Hudson Institute is pleased to inaugurate its Dialogues on American Strategy and Statesmanship, a major new initiative moderated by Distinguished Scholar Walter Russell Mead, one of America’s leading analysts of international affairs.

These dialogues are guided by the belief that global prosperity, the defense of human rights, and the establishment of a secure and peaceful world order require a new foreign policy, one that places a robust America at the heart of a broad and vigorous network of allies.This series will feature leading American and global policymakers and opinion leaders in candid conversation on timely questions of international affairs, national security, economics, and civil society.