Skip to main content
Past Event
The Ambassadors Series: Opportunities and Challenges for U.S.-South Korean Relations
Wednesday 5:45 - 7:00AM
Register for Event

The Ambassadors Series: Opportunities and Challenges for U.S.-South Korean Relations 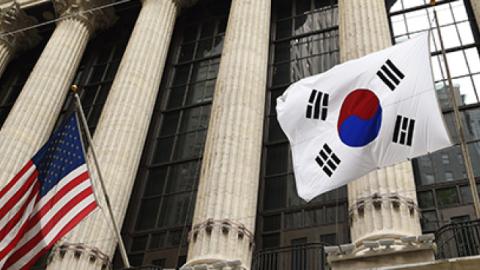 Ambassador of South Korea to the United States

On January 9, Hudson Institute hosted Cho Yoon-je, the Republic of Korea’s Ambassador to the United States, for a discussion about the current state of U.S.-South Korean relations. The conversation was moderated by Walter Russell Mead, the Ravenel B. Curry III Distinguished Fellow in Strategy and Statesmanship at Hudson.

Forged in blood during the Korean War, the Korea-U.S. Alliance has grown stronger over the last decade. The free trade agreement between the two countries has markedly increased trade and investment since it came into effect in 2012 and was successfully upgraded in 2018. Diplomacy between the two nations is also underlined by shared national security concerns, including the goal of complete denuclearization and permanent peace on the Korean Peninsula.