Skip to main content
Past Event
The Future of Iran: A Conversation with Reza Pahlavi
Wednesday 6:30 - 8:00AM

The Future of Iran: A Conversation with Reza Pahlavi 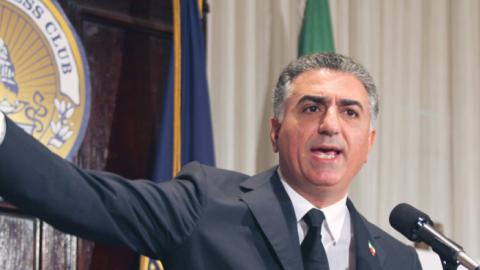 The demise of Qassem Soleimani is the latest and worst in a series of blows to the Islamic Republic in recent months. In October, anti-corruption protest movements erupted in Iraq and Lebanon, where demonstrators called for an end to the privileged status that the regime’s proxies have come to enjoy. The anti-Islamic Republic demands are most explicit in Iraq, where militias loyal to Khamenei and built by Qassem Soleimani have attempted, unsuccessfully, to suppress the demonstrations with extreme violence.

Damage to the political legitimacy of the Islamic Republic has also come from inside Iran itself. In November 2019, another wave of protests against the regime swept the country, engulfing every major town and city. All ethnic groups and social classes were represented in demonstrations that were quelled ultimately through the killing of 1,500 peaceful protesters and the detention of thousands more. Throughout the country, protestors chanted slogans in favor of the former crown prince, Reza Pahlavi, the son of Mohammad Reza Shah Pahlavi.

Mr. Pahlavi is the most prominent Iranian opposition figure and, increasingly, a unifying symbol among Iranians who seek to replace the current regime with a secular liberal democracy. He is uniquely positioned, therefore, to shed light on Iran at the crossroads. Can it manage the unprecedented series of historic challenges that it faces? How will it seek to break out of the corner into which President Trump has maneuvered it? And what strategy should the United States adopt to achieve the best results for itself and the Iranian people?