Skip to main content
Past Event
Dialogues on American Foreign Policy and World Affairs: A Conversation with Kurt Campbell
Tuesday 6:30 - 7:45AM
Register for Event

Dialogues on American Foreign Policy and World Affairs: A Conversation with Kurt Campbell 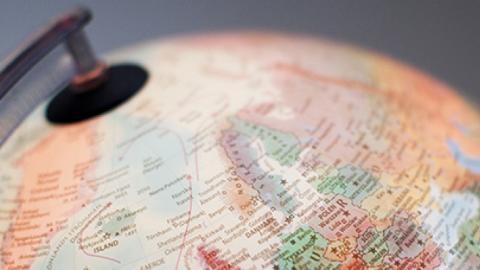 In accordance with U.S. government travel advisories aimed at preventing the spread of coronavirus in the United States, Hudson Institute asks that guests who have traveled to or from China, Iran, Italy, Japan, or South Korea within the past two weeks to please refrain from attending events in person and instead to watch events online via Hudson’s livestream.

On March 3rd, please join Kurt Campbell, former Assistant Secretary of State for East Asian and Pacific Affairs during the Obama Administration, and Hudson Institute Distinguished Fellow Walter Russell Mead for a discussion on U.S. foreign policy and America’s role in the world. Dr. Campbell will offer his perspective on China, the broader American strategy in the Indo-Pacific region, and other challenges facing the U.S. across the globe.

Dr. Campbell served in several government positions, including Deputy Assistant Secretary of Defense for Asia and the Pacific, Director on the National Security Council staff, and Deputy Special Counselor to the president for NAFTA. He also served as a U.S. Navy Reserve officer on surface ships, the Joint Staff, and in the Chief of Naval Operations Strategic Advisory Unit.

Dialogues on American Foreign Policy and World Affairs is a Hudson discussion series moderated by Walter Russell Mead, one of America’s leading analysts of international affairs and the “Global View” columnist for the Wall Street Journal. The series features influential policymakers and opinion leaders in candid conversation on timely questions of international affairs and national security.