Skip to main content
Past Event
The FTC, Labor Markets, and Agency Authority: A Discussion with Maureen Ohlhausen
Tuesday 10:00 - 11:00AM

The FTC, Labor Markets, and Agency Authority: A Discussion with Maureen Ohlhausen 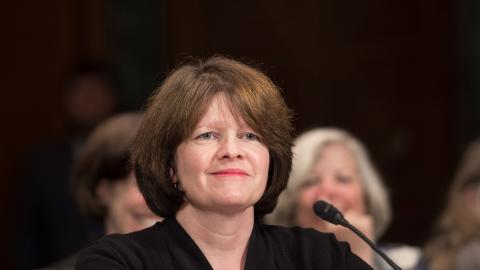 Even will air on this page.

Over a century ago, Congress gave the Federal Trade Commission authority to police unfair methods of competition. This was long interpreted to cover practices that limit competition and hurt consumers. Veering from this traditional consumer focus to instead emphasize workers, the FTC recently announced a proposal to ban non-compete clauses in employment contracts, which are common. Officials claim that the change could “increase wages by nearly $300 billion per year and expand career opportunities for about 30 million Americans.”

The FTC’s proposal triggers several concerns. State, not federal, law currently regulates non-compete clauses. And courts assessing their competitive impact weigh how they affect incentives to train workers and how they safeguard business secrets. An FTC rule broadly banning such provisions would alter incentives to train workers and develop innovative technologies in the United States. It also runs headlong into recent Supreme Court guidance that agencies must have clear authority from Congress when they regulate a significant portion of the US economy or implement policies that states have predominately addressed.

Please join Hudson Senior Fellow Harold Furchtgott-Roth for a discussion on this topic with Maureen K. Ohlhausen, partner and section chair of antitrust and competition law at Baker Botts. Ohlhausen served as acting FTC chairman from January 2017 to May 2018, and prior to that as commissioner beginning in 2012.