Behind the Global Surge in Anti-Semitism

Despite likely friction, relations between the US and Israel have a strong foundation. 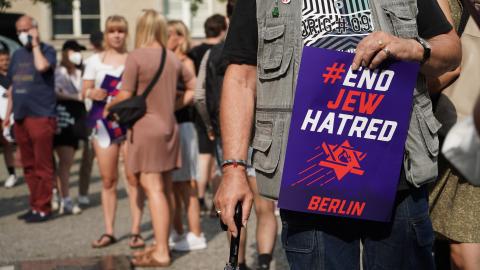 It’s a busy time for news about Jews. In Israel, Benjamin Netanyahu is assembling the most right-wing, pro-settlement government in the country’s history even as violence between Israelis and Palestinians surges. In the US, Donald Trump sat down to dinner with some of the country’s most unhinged anti-Semites.

Like it or loathe it, the inclusion of pro-settlement and pro-annexation parties in the next Israeli government is a recognition of political reality. Israeli public opinion is increasingly influenced by Mizrahi or Middle Eastern Jews whose ancestors were driven from their homes in Arab countries because of the conflict. These Jews often feel no responsibility for or guilt about the plight of the Palestinians.