Beijing Mustn’t Be Allowed to Elbow US out of Region 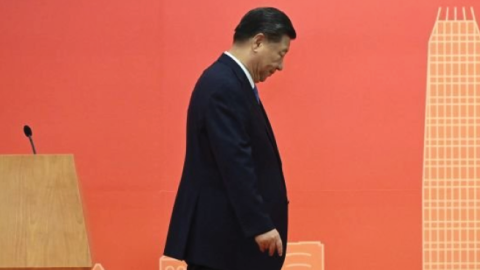 Caption
Xi Jinping leaves the podium in Hong Kong at a celebration of the twenty-fifth anniversary of the city's handover from Britain to China. (Selim Chtayti/AFP via Getty Images)

As it was with the Coalition, the Albanese government is looking to diversify our trade and economic interests away from China to other markets with large populations such as India, Indonesia and Vietnam.

Diversification is not decoupling from China. According to one common narrative, the latter is what US presidents obsessed with protecting local jobs and increasing stagnant wages want to do. In this context, Beijing frames economic decoupling as an illegitimate American initiative driven by insec¬urity and fear that its economic and technological dominance is being eclipsed.

For good reason, Australia was uncomfortable with the more extreme anti-globalisation agenda of some figures in the Trump administration even if they were right to call out the predatory policies of China distorting the international economic system. There are also some elements of an American First mentality to Joe Biden, even if the term is no longer used.

Read the full article in the Australian.