Between Islamism and Pragmatism: Interrogating Neo-Ottomanism in Turkey-Africa Relations 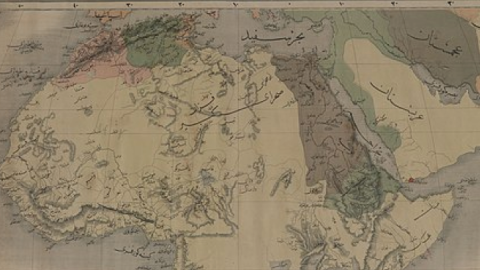 Within Africa’s most populous nation, two buildings constructed over a century apart point to the diverse avenues through which Turkey enhances its soft power in Africa today.

On a quiet hilltop outside the central districts of Nigeria’s capital, Abuja, sits the $30 million Nizamiye Hospital. Known by many locals simply as “Turkish hospital,” this sleek medical center offers a host of specialized and high-end medical services largely unavailable to those in Africa’s most populous state: open-heart and cataract surgeries, MRI and CT scans, mechanical ventilators, and anesthesiology. With its mixed staff of expatriate and Nigerian doctors, Nizamiye serves as a quotidian yet powerful example of Turkey’s growing role as an African donor and development partner.1 Several hundred miles to the southwest in Lagos, Nigeria’s largest city, sits the 130-year-old Shitta-Bey Mosque. Nestled between overcrowded apartments on a hectic market street in the historic downtown, the “Turkish mosque” is not, in fact, Turkish. Though constructed in the Ottoman style, it was financed by a Sierra Leone-born Muslim who earned the Ottoman title “Bey” from the Sultan in recognition of his work on behalf of West Africa’s Islamic communities. In 2018, Turkish state media gleefully reported that the mosque’s Nigerian caretaker was seeking a partnership with the Turkish government to cover maintenance, renovations, and scholarships for members of the congregation to study in Turkey.2