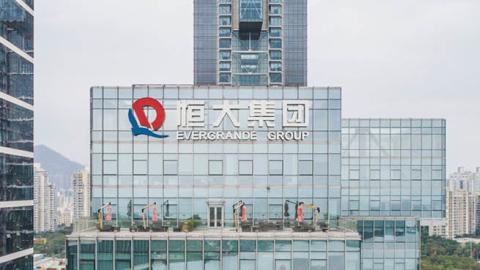 Caption
The logo of Evergrande Group is seen on the façade of the company headquarters on February 9, 2021 in Shenzhen, Guangdong Province of China. (Photo by Shen Longquan/VCG via Getty Images)

The world has been watching as the Chinese real-estate giant Evergrande flails, and some have been asking whether Beijing will soon have a moment akin to 2008’s collapse of Lehman Brothers in America. Xi Jinping may manage to prevent the burst of the real estate bubble, but China’s economy isn’t heading for more-sustainable growth. Evergrande’s woes are a reminder that China’s political economy under Mr. Xi has become even more unstable, even as Beijing grows more impatient to displace America as the dominant power. Time is not on China’s side.

The global financial crisis that began with the collapse of Lehman Brothers in September 2008 led to a severe liquidity crunch as financial institutions lost faith in the capacity of one another and commercial firms to repay their loans. China’s financial system doesn’t work this way. Loss of faith in the commercial worthiness of other entities isn’t fatal. Instead, banks and other financial institutions unfailingly lend if instructed to do so by political masters.

This happened in 2008, when Chinese state-owned banks injected about $15 trillion of new capital into the economy for fixed-investment projects over the next six years, as export markets in North America and Europe stagnated. This was about 1.5 times the size of the entire American commercial banking system at the time. Politically driven lending has been a feature of the Chinese political economy ever since.

There are other tools in the Chinese Communist Party kit bag. Loans and bond payment obligations are forcibly rolled over or deferred to ensure nonperforming loans and defaults don’t weigh down a lender’s books. State-owned and even private firms are compelled to purchase bonds issued by moribund corporate entities. In short, the determinants of liquidity in the Chinese system are political, not commercial—and the Chinese Communist Party has the tactical wherewithal to avoid a Lehman Brothers moment.