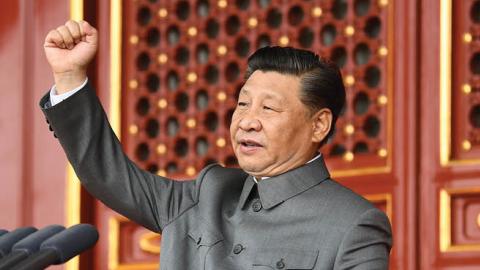 China's Christians, at 100 million strong and constituting that country’s largest religious minority, are facing a new government policy of severe religious repression and persecution. The modicum of toleration that, for two generations, allowed the development of a robust, evangelizing Chinese church no longer exists. In the past three years, the government has launched a systematic campaign to cut China’s Christian demographic drastically and control whatever survives within a little “birdcage,” as Hong Kong’s Cardinal Joseph Zen describes the push by the Chinese Communist Party for ideological conformity.

After President Xi Jinping’s directive to “sinicize” religion, in 2018 the state issued regulations requiring houses of worship to uphold CCP dictates. These include barring minors from churches and from any exposure to religion. Bibles became harder to find and began being censored on the Internet and in app stores. On May 1, 2021, 52 new administrative rules took effect, specifying that religious leaders must actively support CCP practices, leadership, and core values, even in sermons.

Bishop Vincent Zhan Silu, whose ex­communication Pope Francis lifted as a precondition for the Vatican’s 2018 agreement with Beijing, seems to exemplify China’s new model of a Christian leader. Upon his appointment to head the Mindong diocese, he promptly led 33 diocesan priests to a “formation course” at the Central Institute of Socialism with the CCP’s local United Front, declaring with palpable fervor, “To carry out the sinicization of religion with determination, we will continue to follow a path that conforms to socialist society.”

The May rules provide for high-tech enforcement: Active Christians will be subject to state surveillance through “strict gatekeeping, verification of identity, and registration.” A database will record church personnel by name and assess individuals’ CCP compliance by listing their “rewards” and “punishments.” Those whose balance sheet shows too many of the latter will be left without a ministry and basic rights. For example, Pastor Ezra Jin and his daughter have been barred from boarding international flights, and his large Zion Church in Beijing lost its lease after he rejected facial-recognition cameras in the church sanctuary. For rejecting affiliation with the state-run Chinese Patriotic Catholic Association, Bishop Vincent Guo of Mindong was forced to resign last year after the heat, water, and electricity in his apartment were turned off. These tactics model how China’s social-credit system will keep churches in line. Eventually, every Christian, indeed every Chinese, is to have a personal social-credit score, to quietly achieve behavior control through ratcheting the denial of state-regulated goods and services.

The CCP has always put pressure on church leadership to conform, but now the pressure is widespread and intensifying. A Catholic priest in China commented to AsiaNews that the policy is to treat religions “as state institutions” and religious workers as “civil servants.” This is especially ominous as China, a communist police state anxious for religion to wither away, conflates Christianity with Western democracy, its perceived political, economic, and military arch-competitor. (A Chinese political cartoon after the recent G-7 meeting showed various animals symbolic of the member states and seated around a table, mimicking Leonardo’s Last Supper, with the U.S. depicted as a bald eagle in Jesus’s chair, under a picture of an empty cross.)

Since 2018, thousands of churches, some registered and others underground, have been shut. Some of the most publicized cases involved the large churches of the booming Protestant underground. The state’s dramatic detonation by dynamite of the Golden Lampstand megachurch in Shanxi Province in early 2018, following the destruction of a village Catholic church in neighboring Shaanxi, seemed the opening salvo. Later that year, Zion Church and Sichuan’s Early Rain Covenant Church were shut. Pastor Samuel Lamb’s Rongguili Church in Guangzhou, which he opened in 1979 after spending 22 years in prison, and which had become a virtual pilgrimage stop for foreign Christians, was raided and shut in December 2018.

Church closures and desecrations continue. The website Bitter Winter reports that at least 400 Protestant churches, both underground and state-overseen Three-Self Patriotic, in Jiangxi’s Shangrao city were demolished, closed, or repurposed in 2020. In April 2020, 48 Three-Self churches were closed in Yugan county, Jiangxi. A local government official was cited saying that all churches built after 2014, even those holding required permits, were ordered closed there. This spring, according to Bitter Winter, authorities in Jilin and Zhejiang Provinces banned Good News Mission churches, a ministry serving Korean Chinese. Crosses and holy pictures are being continuously removed from Patriotic churches, with some jurisdictions substituting Xi’s picture, and displays of the Ten Commandments being replaced with Xi’s sayings.

Christian leaders refusing to comply with CCP directives are put under various forms of confinement, including prison, house arrest, and secret detention centers called “black jails.” Recent examples of the last include the May 21 detention of Good News Mission leaders and 18 priests and seminarians associated with an underground Catholic seminary in Hebei’s Xinxiang diocese. Some disappear in detention, such as Bishop James Su Zhimin of Baoding, Hebei, detained in the mid 1990s, and famous defense attorney Gao Zhisheng, detained in Yulin, Shaanxi Province, in 2017. Most Christians in extrajudicial detention go undocumented, and all are deprived of basic due process.

This is not the mass detention in concentration camps suffered by Uyghur Muslims, but hundreds or thousands of underground Christian leaders and some congregants have been detained since 2018, some repeatedly. They are held for weeks, months, or even decades in police offices, hotels, and mobile units. They are brainwashed in Communist Party teachings, pressured to register with the Patriotic churches, and punished, typically by forms of “white” torture — including beatings, threats, drugs, and prolonged sleep deprivation — that leave no scars. Uncertainty about the confinement’s duration becomes itself a torment.

On April 1, Radio Free Asia reported on a Sichuanese Christian who said he had been held in a CCP-run black jail for about eight or nine months after a raid on his house church in 2018. He told of being locked with other Christians in a basement with “no windows, no ventilation, and no time allowed outside,” with no limit on the brainwashing process, and long solitary confinement for those who refused to “admit their mistakes.” A lawyer, Zhang, was also quoted, saying that in 2013 he spoke with Catholic priests in Hebei Province who learned of the jails after priests who had been in detention for six years were finally released.

An extraordinary statement from the United Nations on June 14 gives insight into the terrible fate of some detainees: Twelve leading U.N. human-rights experts cited credible reports that China harvests body organs from detained Christians, as a punishment targeting specific ethnic, linguistic, or religious minorities. According to these reports, after ultrasound checks, surgeons excise detained believers’ hearts, kidneys, livers, and corneas. Reports that Falun Gong practitioners have been surgically executed for China’s live-organ-transplant business have circulated for 15 years, but this is significant in citing Christian victims, indicating that the practice is more widespread than previously thought.

In an extensive earlier study, former Canadian cabinet minister David Kilgour and experts David Matas and Ethan Gutmann unequivocally concluded that “the source for most of the massive volume of organs for transplants is the killing of innocents: Uyghurs, Tibetans, House Christians and primarily, practitioners of the spiritually based set of exercises Falun Gong.” China’s energetic cover-up — among other things, PRC officials helped to establish the anti-organ-trafficking task force of the World Health Organization — causes such reports to be dismissed as “controversial,” as Matthew Robertson of the Victims of Communism Memorial Foundation documented last year. The exhibit Real Bodies, featuring vivisected Chinese cadavers, is now showing in Las Vegas even though it was canceled in Switzerland in 2018 after Action by Christians against Torture demonstrated that the remains were likely those of extrajudicially executed Falun Gong detainees.

Chen Guangcheng, the renowned rights advocate, who is blind, suffered nearly eight years in prison and black jails, and under house arrest, after opposing China’s one-child policy. Following a dramatic escape in 2012, he obtained U.S. asylum. In a recent conversation with me, he emphasized that abuses surrounding extrajudicial detention are CCP policies. The pressures under house arrest, he said, resembled Cultural Revolu­tion struggle sessions, with agents relentlessly interrogating, torturing, and humili­ating the prisoner to break his resistance.

At least five Catholic bishops remain detained or have been confined or pushed from their posts since the 2018 Sino–Vatican agreement. That’s as many as the new appointments under a deal meant to fill some 40 vacant episcopal seats. In addition to the cases of Bishops Su and Guo, Bishop Joseph Zhang Weizhu of the Xinxiang diocese in Henan Province was detained on May 21 for “reeducation.” Bishop Peter Shao Zhumin, from Zhejiang, is effectively under house arrest, and the faithful who worshiped with him this spring in a private house chapel were fined $25,000. For refusing to ban minors from church, Bishop Jia Zhiguo of Hebei is under house arrest and tight surveillance. Since the coronavirus lockdown ended, he has been barred from reopening diocesan churches.

The few Christians given the pretense of a trial are mostly names known in the West: Pastor Wang Yi, for example, sentenced to nine years in 2019; Pastor John Cao, an American resident, sentenced to seven years in 2017; and Hong Kong media mogul Jimmy Lai, who may get life for defending freedom. In January 2021, Pastor Li Juncai of the Yuan Yang County House Church in Henan was sentenced to five and a half years for defiance, including refusing to replace the church’s sign proclaiming “Love God and love others” with the message “Love the country and love religion.”

Beijing’s Vatican agreement and its enormous printing contracts with American Bible publishers are subterfuge, intended to buy Western silence while it wages genocide against Uyghur Muslims and undermines other religious minorities. Vatican officials who continue singing the praises of China’s CCP regime, and the Bible publishers who openly celebrate “Christian sinicization” and the forthcoming CCP version of the Chinese Bible, are, knowingly or not, aiding the cover-up.

Christians, along with other religious-minority communities, are now being severely repressed by President Xi and a reinvigorated CCP. The new religious-affairs rules ensure that the crisis will deepen. China’s Christians need much greater Western help.