From Global Pandemic to Pandemonium 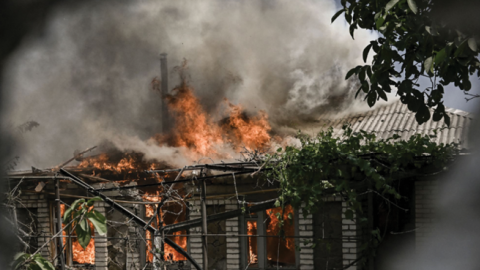 Caption
A house burns after being shelled during an artillery duel between Ukrainian and Russian troops in the city of Lysychansk, Ukraine, on June 11, 2022. (Photo by Aris Messinis/AFP via Getty Images)

The past two years were the years of the global pandemic. So far, 2022 is looking like a year of global pandemonium. It began with Russia’s invasion of Ukraine and has gone on to feature rising tensions between the US and China, the collapse of the Iran nuclear deal, and a budding economic crisis that has set off inflationary spirals, financial panics and even political upheaval around the world.

Trapped between rising geopolitical tensions and deteriorating economic outlooks, none of the world’s major powers are in a good place today. China, where aggressive zero-Covid policies continue to exact massive social and economic costs, faces its gravest financial crisis yet as it struggles to manage the biggest real-estate bubble in world history. Japan’s foreign minister told Washington think-tankers last week that the “logic of brute force” was replacing the rule of law in Japan’s part of the world even as slow growth, demographic decline and a weak currency raise doubts about Japan’s long-term prospects.

Rising food and fuel costs pose major problems for India’s economy. With Pakistan and Sri Lanka embroiled in political and economic crises, China pressing on the border, Afghanistan on the boil, and Myanmar’s civil conflict growing bloodier and more bitter, India’s home region is less stable than at any time since Bangladesh’s war of independence in 1971.