India’s Delicate Balancing Act Between Russia and the US 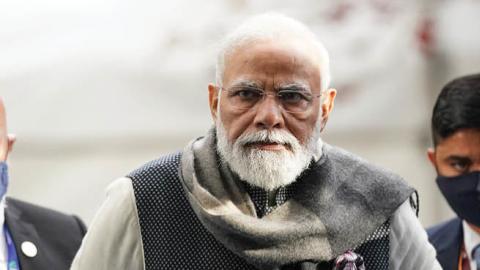 Russian President Vladimir Putin’s recent high-profile visit to Delhi affirms India’s desire for strategic autonomy, even as it builds a strong strategic partnership with the United States. From an Indian perspective, Americans are not always entirely reliable. Given the threats to Indian security from Pakistan and China, India wants to ensure that it has partners other than the U.S., especially as a source of military equipment and technology.

India’s relations with Russia are not as multi-faceted as India’s ties with the U.S., Europe, or even Japan. They are focused primarily on energy and defense. India-Russia bilateral trade stands at only $11 billion — but Indian purchases of Russian military equipment are its most significant element.

India’s $146 billion trade with the United States and the India-EU trade volume of $71 billion a year has a much smaller military component than India’s commerce with Russia.

Washington and Delhi are aligned in viewing Beijing as the key threat facing both countries, but the U.S. Indo-Pacific strategy remains primarily maritime. Moreover, U.S. officials remain reluctant to see Pakistan as the major destabilizing force in South Asia.

For India, however, the continental threat from China overrides the maritime one, and Delhi believes it is better off with Moscow on its side than in the Chinese camp. Russia is also less involved with Pakistan, which used its Cold War alliance with the U.S. to develop its military capability against India.

Speeches from both sides emphasized their priorities, the emphasis on a polycentric world order, the need to combat terrorism, and concerns about Afghanistan. Putin referred to India as ‘a major power,’ and the joint statement, while not mentioning Pakistan by name, addressed Indian concerns by referencing terrorist groups Lashkar e Taiba (LeT) and the need for the U.N. Financial Action Task Force (FATF) to act against terror safe havens and financing.

Indian officials expound eloquently about a historical and sentimental relationship with Russia and refer to it as a special and privileged strategic partnership. This year also marks the 50th Anniversary of the 1971 Treaty of Peace, Friendship and Cooperation between the two countries.

Despite assertions that the two countries needed to diversify their trade relationship, the concrete deliverables during Putin’s India visit focused again on defense and energy. These included delivery of the S-400 Triumf missile system, joint manufacturing of AK-203 rifles, and investment by Indian energy companies in Russia’s Far East.

During the Cold war, the Soviet Union was India’s main supplier of military hardware. That has changed over the decades and between 2011-2020, the U.S., Israel, and France competed with Russia for the position of India’s top arms suppliers.

From almost no defense trade in 2000, India-U.S. defense trade stands at a cumulative $20 billion. The U.S. understands India’s concerns about Russia, but the two countries have differing views on Russia: the U.S. still views Russia as a threat both on the domestic and global front; India believes China is the bigger threat and that Russia can be weaned away from China.

With China’s continued salami-slicing moves along India’s northern border and China’s penetration into India’s sphere of influence, the Indian Ocean region, Delhi would like a neutral or sympathetic Russia.

Russia for its part, has been uncomfortable with the deepening India-U.S. partnership and especially the Quadrilateral dialogue — or the Quad — of India, U.S., Japan and Australia. In September 2021 when the first in-person Quad leaders’ summit occurred, Foreign Minister Lavrov alleged that the West was “trying to engage India in anti-China games by promoting Indo-Pacific strategies.”

India’s solution has long been to convince Russia to become part of the Indo Pacific, but neither Russia nor the U.S. have agreed. If, as some fear, a Russian-backed coup or invasion takes place in Ukraine, both Moscow and Washington will be watching India’s reaction, as it will find it difficult to please both.

In 2018, India signed a $5 billion deal with Russia for purchase of S-400s, which are due for delivery anytime. The S-400 deal and any future large purchases from Russian defense entities make India technically liable to be sanctioned under the CAATSA (Countering America’s Adversaries Through Sanctions Act) that date back to 2017.

India’s calculus has been that if the U.S. wants India as an ally, it should waive sanctions and let India acquire a weapons system it needs for its own protection. Further, the U.S. was slow to offer India a comparable missile system.

If the U.S. wants India to turn away from Russia, it will need to give India what India really wants: help building its defense industrial complex and the latest military technology.

American support in helping India build its indigenous military industry could be the bedrock of future relations. But so far, U.S. offers have often fallen short of India’s expectations. Putin, meanwhile, seems to believe that he can use India’s concerns about American reliability to Russia’s favor.

The United States could show better understanding of India’s security concerns if it wants to consolidate the India-U.S. partnership and transform it into a virtual, if not a formal, alliance. But U.S. attitudes so far seem to have only inspired a hedging strategy on part of India that precludes the security partnership Washington has sought.