India Should Be Relieved Biden Won. Modi-Trump Bond Can Only Go So Far 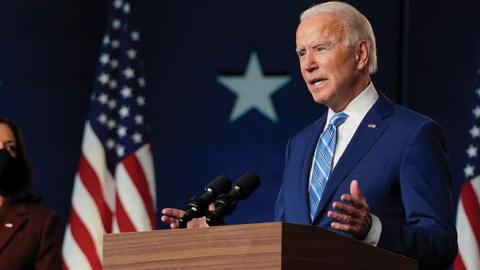 Joe Biden’s election as president of the United States seems to have caused anxiety among those who saw the camaraderie between Donald Trump and Narendra Modi as the foundation of India-US relations. That anxiety is misplaced.

Relations between nations are never solely based on real or perceived ideological affinity between their leaders. India and America have shared interests that are recognised by both Republicans and Democrats in the US. In fact, a Biden-Kamala Harris administration will be even better for the India-US strategic partnership now that substance will take priority over rhetoric.

Prime Minister Narendra Modi might miss the periodic flattery that characterised President Trump’s interaction with foreign leaders. But officials negotiating complex issues, such as tariffs and trade, would no longer see their hard work derailed by an insulting tweet like the one Trump put out on 9 July last year: “India has long had a field day putting Tariffs on American products. No longer acceptable!”

Biden might not offer effusive praise, like Trump did for Modi when he said, “I get along very well with the PM. He is a friend of mine” before the ‘Namaste Trump’ event in Ahmedabad. But nor will Biden try to score points about how clean he has kept the US by saying, “Look at India. It’s filthy. The air is filthy.”

A continuing tie under Biden

President-elect Joseph R. Biden Jr will be more conventional in his approach to India, as a long-time admirer and friend of our country. He knows international affairs well and knows that there is more to ties between nations than just the transactional nature of real estate deals. After all, he is the first former Chairman of the US Senate Foreign Relations Committee to become America’s president.

The Biden administration’s foreign policy will be more like that of his predecessors going back decades. He will bring back a strategic approach to foreign relations, instead of the transactional attitude to allies and partners that characterised the Trump era.

For the last two decades, successive American presidents have underscored strong ties with India. The Trump administration built on this and advanced the relationship further, and occasional distractions notwithstanding, maintained the strategic momentum.

America’s global interests have always framed American policies in specific regions. During the Cold War, conflict with the Soviet Union defined America’s priorities. Today, US policy is driven by peer competition with China. The Barak Obama-Biden administration spoke of a pivot to Asia while under Trump, American interest in the Indo-Pacific grew further.

The Indo-Pacific region will remain important to a Biden administration, even if its professionals choose to change the terminology that defines the theatre of US strategic interest. As the country at the heart of Asia and the Indo-Pacific, India will retain its importance and the Biden-Harris team will expand, not diminish, ties with New Delhi.

The only reason for some fretting in New Delhi about Biden’s election victory is the mistaken assumption of some that ideological affinity between Right-wing leaders in India and the US provided a stronger basis for partnership between the two countries. The Modi-Trump friendship was indeed useful. But it was not, and did not need to be, the only foundation of India-US ties.

Populism and nationalism are good for home consumption, not for foreign policy. Too many on the Indian Right assumed that the mutual admiration that President Donald Trump and Prime Minister Narendra Modi expressed for each other was unique and would transform the relationship between the two countries in all arenas. But that was not the case.

Just as the US-UK special relationship, based on strategic considerations, matured under politicians with different political affiliations in either country, the India-US relationship must also transcend domestic politics. India and America have shared values to protect and shared interests to advance. That, not expressions of mutual personal admiration by leaders, should define India’s foreign relations.

Biden-Harris will be good too

New Delhi should breathe a sigh of relief that an experienced foreign policy hand like Biden will not cause anxiety with ill-considered tweets or naïve offers of mediation with Pakistan over the Kashmir dispute. Biden will also not have an overly simplistic ‘why are we wasting money there’ approach to Afghanistan.

As one of the originators of the Biden-Lugar Bill that became the Kerry-Lugar-Berman Bill offering Pakistan billions in civilian assistance, Biden knows firsthand the inner workings of the Pakistani security establishment. He is likely to persist with the policy towards Pakistan that deploys sticks more than carrots, including pressure on the terrorism front and the Financial Action Task Force (FATF).

In strategic terms, India will be in a more advantageous position under a Biden-Harris administration. On the economic front, challenges will remain, but it may be easier for New Delhi to negotiate issues complicated by the Trump administration’s transactional approach.

New Delhi could try to ask for a resumption of the GSP-plus (Generalized System of Preferences) on grounds that it would bolster India’s Covid-hit economy and enhance its capacity to confront China. Indians will also benefit from Biden’s promise of reversing Trump’s restrictions on employment-based visas (primarily H1B) and employment-based green cards (permanent resident cards).

The fears by some in India of a Democratic administration might materialise on issues related to religious freedom, civil liberties, and deployment of excessive force in Kashmir. But then New Delhi should not be afraid of greater public and private discussion in America on the need for India to live up to its democratic ideals.

Even during the Trump administration, the State Department’s annual report on human rights castigated India’s record, critical hearings were held on the Hill, and top officials openly spoke about the need for India to live up to its own standards.