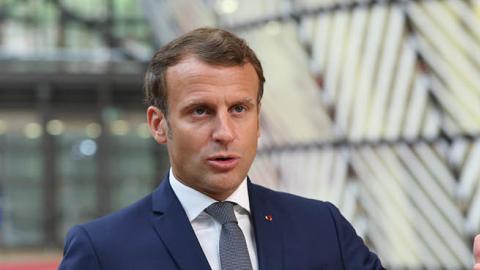 The president of Turkey is worried about the psychological health of the president of France. “Macron needs some sort of mental treatment,” Recep Tayyip Erdoğan recently said. “What else is there to say about a head of state who doesn’t believe in the freedom of religion and behaves this way against the millions of people of different faiths living in his own country?”

Erdoğan was referring to Macron’s struggle against “Islamist separatism,” a campaign designed to strip “foreign influences” from Islam in France. Macron launched the campaign in response to a string of horrific terror attacks, including the beheading of Samuel Paty, a 47-year-old history teacher, in a Parisian suburb. In a major speech, Macron proposed, among other steps, regulating mosques, prohibiting home schooling, and requiring Islamic religious leaders to be certified in France. Macron’s critics have decried the proposals as an infringement on the civil liberties of Muslims—and Erdoğan’s insult endorsed those criticisms.

Yet the dispute between the two leaders was much broader than the question of French policy towards its Muslim minority. For well over a year Macron has presented himself on the international stage as Erdoğan’s nemesis, warning foreign counterparts of the Turkish leader’s Islamism, and strongly criticizing or flat-out opposing Turkey’s major foreign policy moves—in Libya, the Eastern Mediterranean, and the Azerbaijani-Armenian war, to name just three. Against this background, Erdoğan’s insult served only to burnish a brand that the French president has long cultivated.

Indeed, Macron’s feud with Erdoğan is a centerpiece of a grand strategy, one that knits together his main domestic, intra-European, and international policies. In recent months, Americans, both inside and outside of government, have expressed sympathy for Macron’s anti-Turkish agenda while seeing French policy toward Muslims as a radical attempt to insert the state into religious matters. It seems to us that these critics have it mostly backwards: While Macron’s domestic policy may be an entirely legitimate attempt to address a set of problems that are unique to France, his foreign strategy is a startling power grab that does not comport in key respects with the national security interests of the United States.