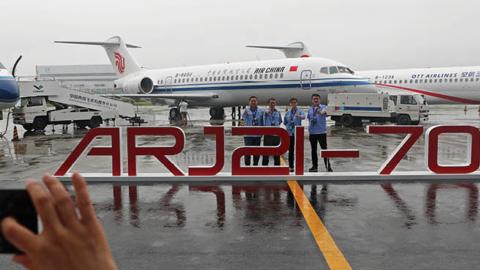 __The Look Ahead Series is a collection of policy memos examining the challenges that political, military, and business leaders must contend with today to ensure a secure, free, and prosperous world tomorrow.__

In July 2020, Chinese chairman Xi Jinping articulated a new “dual circulation” strategy to “unleash the full potential of [China’s] domestic demand,” build technological and other forms of “self-reliance” as quickly as possible, and position China to engage better and more resiliently with international markets on superior terms. This includes creating self-sufficient cycles of production, distribution, and consumption for domestic economic development.

Many China watchers and commentators immediately assumed this to be China’s belated response to the “decoupling” policies of the Trump administration. Beijing is resigned to the likelihood this American approach will continue under a second-term Trump administration or a first-term Joe Biden White House, albeit with some modifications.

In reality, the Chinese Communist Party (CCP) has long aimed for economic distance and self-reliance in many areas. More recently but before the Trump administration, Beijing had sought to delimit its economic exposure and dependency on the US and craft strategies to advance a Sinocentric economic order that excludes the US in important regards and limits US involvement in others.

Getting the sequence of economic policies pursued by both sides right is important. It is a necessary correction to the widespread perception that decoupling began with the US, while a previously passive and unaware China is simply responding with defensive measures to protect itself against the US economic offensive. In many respects, China is well ahead of the US in conceiving and implementing measures to move away from the US and surpass it in economic terms.

Indeed, US-China economic competition over the next decade will be characterized by growing efforts by each country to decouple or economically distance itself from the other. But that competition, far from being a one-sided affair initiated by Washington, will be defined by which side can better economically distance on terms favorable to itself at the expense of the other. In other words, a central feature of competition will be ever-greater economic distancing between the two countries. The question in the post COVID-19 world is, on whose terms will that largely occur?