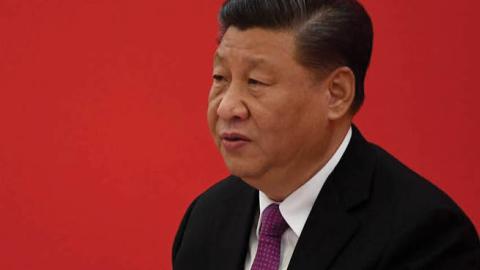 The Chinese Communist Party has always relied on deception to wrong-foot rivals and attain the advantage in negotiations. Deng Xiaoping famously counseled, “Hide your strength, bide your time.” But Xi Jinping prefers to exaggerate China’s economic strengths and conceal its vulnerabilities.

Mr. Xi’s brazen approach conditions other countries to believe that Beijing enjoys a superior hand, that China’s rise and dominance are inevitable. These erroneous beliefs weaken the will of injured parties, including Western nations, to resist predatory Chinese behavior.

Consider why China engages in predatory, illegal economic behavior. It needs to grow rapidly to maintain fiscal stability, manage its debt and advance its strategic and military ambitions. China can’t become the dominant power in the Indo-Pacific without sustained growth. The only reliable way Beijing has of maintaining adequate growth is to support its companies with cheap credit. The rise in Chinese corporate debt since the 2008-09 financial crisis has been one of the largest and most rapid—in relative and absolute terms—for any 10-year period in peacetime economic history.

China cannot significantly deleverage without drastic changes to its political economy. The model involves offering state-owned enterprises and national champions such as Huawei cheap finance and privileged domestic-market access at the expense of an independent private sector. China showers state businesses with subsidies and stolen intellectual property, and shields them from foreign competition.

The Chinese domestic economy is slowing because of chronic overinvestment. This provides the economic rationale behind plans such as the Belt and Road Initiative and Made in China 2025. The former is a scheme to export excess capacity and lock in new regional markets for Chinese firms, especially in infrastructure. The latter is a new export-oriented approach based on dominating increasingly important advanced and high-technology sectors in global markets. Both attempt to create external commercial opportunities for protected, unreformed Chinese firms without the need to reform the country’s main economic and political institutions.

Mr. Xi believes doubling down on this approach offers the party the best prospect to retain its hold on power and opportunity. As with virtually all major economic developments in China, the party soaks up praise when things go well and wears blame when they don’t. As Chairman of Everything, Mr. Xi faces acute pressure. His success depends on preventing the emergence of a genuinely independent middle class, which is what led to democratic transitions in Japan, South Korea and Taiwan.

That brings us to the question of negotiating leverage.

The current Chinese model is self-defeating. Less-deserving companies continue to receive the bulk of finance and opportunity. The staggering misallocation of capital is worsening, which makes the mushrooming debt even harder to manage. And allocation of opportunity is political. This means that the private sector, and therefore household income, will continue to remain artificially suppressed—putting even more pressure on Beijing to stimulate growth through further credit expansion.

The U.S. has a far more adaptive and diverse economy than China. China’s economy is inefficient, bloated, dysfunctional—plagued by institutions and policies that are not fit for their purposes. If the tariff war resumes, it will continue to prove much more disruptive to China than to the U.S.

Moreover, by calling attention to the seriousness of Chinese trade violations, Mr. Trump is properly recasting China as the main threat to a fair and sustainable global economic system. Multinational companies are gradually assessing the commercial risk that sovereign risk poses to them—the possibility that China will arbitrarily alter laws or regulations or fail to honor government bonds when they mature.
In recent years, Mr. Xi has been openly accused by former senior officials and influential journalists and academics of mismanaging the relationship with America, decisively abandoning any market-based reforms that would make the Chinese economy more resilient and agile, and overreaching with his aggressive promotion of Belt and Road and Made in China 2025. Leaks about the abhorrent treatment of Uighurs in Xinjiang seem designed to undermine him, while continued protests in Hong Kong are a stark rejection of his authoritarianism.

Mr. Xi’s purging of more than 1.5 million officials, including top generals and party members, will come back to bite him. In addition to holding a weaker economic hand, Mr. Xi is far more vulnerable to internal rebellion, and therefore more desperate for economic pain relief, than the American president.
Mr. Trump has threatened to walk away if any agreement—including the final details of the phase 1 deal—is not to his liking. He indicated in “The Art of the Deal” that his style is to aim high and keep pushing and pushing until he gets what he wants. Let’s hope he follows through. The national interest depends on it.