Skip to main content
SVG
In the Media
NPR

Understanding The Latest Flare-Up Between India And Pakistan 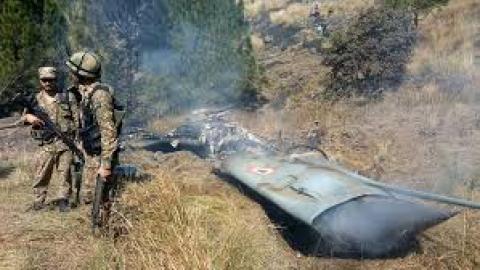 Husain Haqqani talks to NPR's Steve Inskeep about the escalating conflict between Pakistan and India and what the U.S. can and should be doing about it.

The military confrontation between Pakistan and India is closer to the United States than it may seem. India's airstrikes into Pakistani territory are thousands of miles from the U.S., but because the two countries are nuclear powers, any full-scale war could endanger the planet. Husain Haqqani is on the line. He's former ambassador from Pakistan to the United States. He now lives here in the U.S.

Ambassador, welcome back to the program.

INSKEEP: How much worse is this than the typical confrontation between India and Pakistan?

HAQQANI: I don't think it is worse. Actually, both sides say that they want de-escalation. It's all a matter of national pride on both sides. India says it wants justice because of terror strikes in Indian territory by Pakistani-backed terrorists, and that's why it struck Pakistan. Pakistan, on the other hand, says that the real issue is India's control of the territory of Kashmir, and that it does not like the idea of India violating its sovereignty.

That said, both sides have said they want de-escalation. The international community is standing more towards India this time, which is something that Pakistan realizes. And that also serves as a check on the prospect of escalation. Nobody wants to start a war when they don't have many countries on their side.

INSKEEP: Well, there's a gesture of de-escalation that we're learning about here this morning from Imran Khan, the prime minister of Pakistan. Not addressing these big issues that you mentioned, but Imran Khan says that Pakistan, on Friday, is going to release an Indian pilot who was captured when his plane was shot down. And he's describing that as a peace gesture. Is that the start of a way out?

HAQQANI: I think that is. I think Prime Minister Imran Khan has spoken relatively soberly throughout the crisis. Of course, there are various reasons for that, including the fact that Pakistan is on the verge of an economic crisis. It has the need for international assistance. It's negotiating a program with the International Monetary Fund. And it needs support from other nations, most of whom have criticized the original terrorist strike inside Indian-controlled Kashmir that started this entire crisis. That said, the peace gesture is definitely a very positive step.

INSKEEP: Now, you mentioned that the international community seems to be leaning toward India in this confrontation. Does that, in your mind, include the United States, which is formally allied with Pakistan but it's always been a very complicated relationship?

HAQQANI: Yes. The United States, of course, has been saying repeatedly that the real issue is Pakistan's support for terrorist groups. Now, the matter is complicated. Of course, Pakistan maintains that because India does not pay attention to resolving the Kashmir dispute that the people of Kashmir are unhappy with the Indian rule, and so terrorism is a consequence of that. But the U.S. has, for many years now, called upon Pakistan to dismantle what it calls the terrorist infrastructure in Pakistan. And that hasn't been adequately done.

And the fact that this group that launched the terror strike that caused the death of more than 40 Indian paramilitary soldiers, and the group that did it actually is based in Pakistan and it acknowledged that it had done it, that made things complicated for Pakistan. So the U.S. position this time seems to be, you know what? You start these things every few years. It always starts with a terrorist strike by Pakistan, and then it always ends with escalation and America has to diffuse it. This time, you guys figure it out yourself. And that position has really surprised Pakistan's leaders.

INSKEEP: Have we and should we be a little bit anxious here that the two sides may be backing away from a cataclysm, but they are not, so far as we know, really addressing this fundamental dynamic that you just described?

INSKEEP: Ambassador, it's always a pleasure talking with you. Thank you so much.

HAQQANI: Thanks a lot, Steve.

INSKEEP: Husain Haqqani was Pakistan's ambassador to the United States, and he is now in Washington at the Hudson Institute.