Vladimir Putin Must be Tried for War Crimes 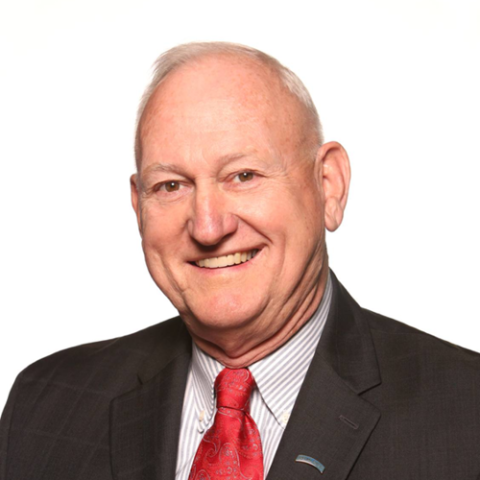 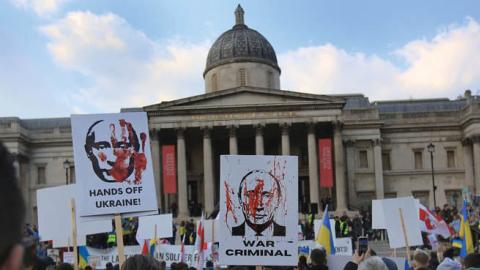 Indisputable evidence of Russian war crimes has stunned the world as gruesome scenes continue to be exposed in Bucha, Ukraine—a town near Kyiv. The sprawled remains of more than a dozen civilians, abandoned along a road, have been clearly photographed. An elderly woman was found beheaded. One group of nine, all in civilian clothes, were scattered around a site that residents said Russian troops used as a base. We have already buried 280 people in mass graves," "said Bucha Mayor Anatoly Fedoruk. "These people were shot, killed, in the back of the head."

The United States has taken the lead in accusing Russia and Vladimir Putin of war crimes. After the discovery of the Bucha massacre, this accusation is undeniable. There is irrefutable evidence of Russian criminality in the present conflict. Ukrainian witnesses and an international coalition must establish a tribunal to investigate the accusations.

What exactly are war crimes? Although no single international law, document or treaty codifies them all, some examples include intentionally targeting civilian populations, torture, taking hostages, rape and other sexual violence, enlisting or conscripting children and purposefully directing attacks against buildings dedicated to religion, education, art and other cultural aspects of society.

We've said before Russia's aggression that we thought it was likely that they would commit atrocities. Since the aggression, we've come out and said that we believe that Russian forces have committed war crimes. And we've been working to document that to provide the information that we have to the relevant institutions and organizations that will put all this together and there needs to be accountability for it.

It couldn't be clearer to those of us with a background in military issues or warfare that the violent acts cited by Sec. Blinken fit the war crimes designation. And the subject is nothing new to those who study military history.

After World War II, for example, the International Military Tribunal for the Far East, established by General Douglas MacArthur, scrutinized Japanese war crimes. Seven Japanese military leaders were executed for their role in war crimes. In a separate trial which took place in the Philippines, General Tomoyuki Yamashita and Major General Masaharu Homma were tried, convicted and executed as war criminals for the rape and butchery of thousands of civilians and American and Philippine POWs. It was alleged that their troops demolished homes, churches, hospitals and schools without any military necessity. These acts indicated a plan to massacre and exterminate a large part of the unarmed noncombatant civilian population, contrary to international law.

There has been controversy about Yamashita's 1946 execution, in part because the general claimed he was not aware of the war crimes of which he was accused. However, the tribunal determined that as a commanding officer, he should have known—and should have stopped them.

In another historic case, the Nuremberg Trials in 1946, allied nations and countries occupied by the Nazis formed an international tribunal. They sentenced members of the Nazi leadership to severe punishment for war crimes. Twelve of these leaders were executed, three sentenced to life imprisonment and others to 10 to 20 years behind bars. Only three were acquitted.

The enforcement of war crimes violations isn't just a matter of the historical record for us. In the 1990s, the International Criminal Tribunal for the former Yugoslavia was established by the United Nations to prosecute war crimes committed during the Yugoslav Wars. This took place in The Hague, Netherlands. On behalf of that tribunal, as a fairly new Brigadier General, I (Jerry Boykin) commanded a U.S. task force that located, arrested and brought to justice a number of war criminals from the Balkan conflict in 1997 and 1998. Eventually a total of 161 suspects, representing each of the warring factions in the Yugoslavian war, were indicted for war crimes.

One difficulty in tracking down war criminals is finding eyewitnesses. It is also necessary to make sure no military targets were in proximity of an incident. The task at hand is to arrest those who have specifically targeted unarmed civilian noncombatants. For obvious reasons, it is difficult, perhaps impossible, to arrest every guilty military participant in every conflict. That's why it's necessary to go after leadership.

Today that puts Vladimir Putin in the crosshairs.

Unlike the case of General Yamashita, there's no way Putin can claim he wasn't aware of his army's war crimes. The whole world bears witness; this conflict has unfolded on international media. Even if he says he didn't know, everybody else in the world did. He may try to deny that he directed the violence, but we know that he is clearly the commander of the Russian Army. Today's world is too transparent and sophisticated for such lame excuses.

This kind of misconduct is nothing new for Russia. It is well documented that the Russian army operated the same way in Chechnya and Syria. As NPR reported:

Russia's military intervention contributed to untold suffering for millions of Syrian civilians beginning in 2015, when the country first entered the fight on behalf of Syria's President Bashar Assad. With the Russian military's might now trained on Ukraine, the lessons of Moscow's involvement in Syria stand as a specter of the heavy-handed playbook.

Clearly, the world will have to go after Vladimir Putin for his war crimes in Ukraine. If he isn't brought to justice, the whole concept of tribunals on behalf of those who have suffered war crimes becomes a farce. And it will confirm the common belief that the world's most powerful nations can simply have it their way.

Regardless of how long it takes, or how much energy is expended, it is essential that the international community get this one right. Putin's criminality cannot be tolerated. He violates international laws, and in doing so he defiles the moral foundations of many nations.