We Must Not Fall for Beijing’s Magical Narrative 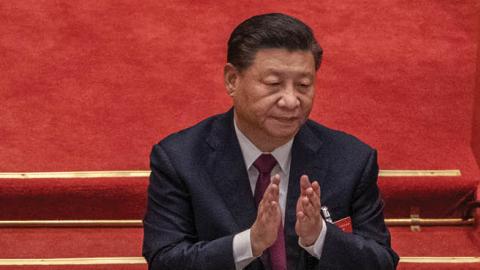 Caption
China's President Xi Jinping applauds after voting during a session during the closing session of the National People's Congress (Photo by Kevin Frayer/Getty Images).

In 2014, President Xi Jinping reached back into Chinese Communist Party folklore to reintroduce Mao Zedong’s concept of magic weapons that could be used to achieve the great rejuvenation of the country and achieve his “China Dream”. Xi was referring to the co-optation tactics of the CCP’s United Front network to win friends, influence governments and eliminate dissent inside China and in other countries.

In recent years the CCP has developed another magic weapon that complements its accumulation of material power. This is the success Beijing is having in shaping grand narratives in Australia and our region about China.

The genius is that these narratives condition us to accept Chinese policies meekly even if they are against our national interests.

The magic weapon is a narrative buttressed by five basic messages: Chinese dominance is the historical norm and is inevitable; the objectives of the CCP are permanent and unchanging; a CCP-led China is fundamentally undeterrable; the party is prepared to pay any price to achieve its core objectives; and the US is an increasingly weak and unreliable ally.

Read the full article in The Australian