Why Deterrence Failed Against Russia 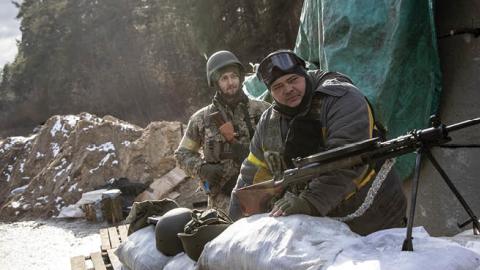 Caption
Members of the Ukrainian military wait at a forward position on the eastern frontline near Kalynivka village as Russian forces advanced on March 08, 2022, in Kyiv, Ukraine. (Photo by Chris McGrath/Getty Images)

A credible deterrent is designed to alter a potential aggressor’s calculations of risk and reward. Vladimir Putin determined that the potential cost of invading Ukraine was relatively low, and on Feb. 24 he attacked. It will be the job of historians to try to understand why deterrence failed.

Deterrence involves two factors: capability and will. Capability means having the military strength to deliver intolerable damage to an adversary. Will is the determination to use that strength and deliver that damage.

The U.S. spends hundreds of billions of dollars a year to strengthen its military capabilities, and they are formidable. Resolve costs nothing, but it is priceless when it comes to deterring aggression. By signaling that the U.S. had no intention of using its capabilities, the Biden administration seriously weakened their deterrent value.

The White House has consistently broadcast what it won’t do, removing a crucial component of deterrence: the ability to amplify risk through ambiguity. Mr. Putin now knows exactly how much to escalate the conflict because U.S. officials have told him exactly what the maximum U.S. response will be.