Will Italy Support the Chinese Candidate to Lead the World Intellectual Property Organization? 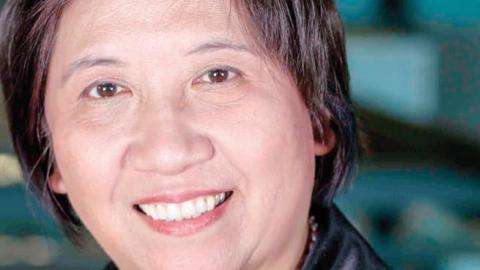 The World Intellectual Property Organization (WIPO) was created in 1967 “…to encourage creative activity, to promote the production of Intellectual Property (IP) throughout the world.” It is charged with helping facilitate rules to protect patents and trademarks, and to foster the ability of individuals and firms to win protection for new inventions worldwide. Unfortunately the battle to protect IP is increasingly challenged by counterfeiters and by outright theft. The Organization for Economic Cooperation and Development that 2.5% of goods traded in the world in 2013 were counterfeit, as were 5% of imports into the EU. The biggest threats to EU markets, as reported by the OECD, come from China and Turkey.

In early March WIPO will elect a new Director General. The leading candidate is the current deputy director Wang Binying of China. Leading authorities question whether having a Chinese national at the helm of WIPO would be in the interest of Europe, and indeed the global rules-based economy, since China has long been recognized as a serial violator of IP rules, including trademarks. Dr. Elizabeth Economy, director for Asia at the Council on Foreign Relations is skeptical that Wang would be a good leader at WIPO “When and if China is no longer considered a threat to others’ intellectual property, that’s the right time for a Chinese person to head the organization; and I think this is not the right time.” Mark Cohen, director of the Law and Technology Center at the University of California, Berkley, was more blunt “If Wang steps into those shoes [at WIPO], ten years from now we will no longer have an IP system based on markets…I do not want to live in an IP world where China sets the rules.”

The governments of the US, the EU, Japan and allies are spearheading an effort to derail the Wang candidacy. Officials in the US are concerned that Italy might support Wang, given the closer relations China has cultivated with its current leadership – especially since Italy became, in March 2019, the first G7 country to sign a Memorandum of Understanding with Beijing on the Belt&Road Initiative. This would be problematic for Italy, a global leader in trademark-protected luxury goods, manufacturing technology, and electronics. A recent OECD study estimates that imports into Italy of counterfeit goods amounted to about 12.5 billion euros in 2016, and that global trade in counterfeit and pirated products which infringe Italian trademarks were as high as 32 billion euros, or 3.6%of total Italian manufacturing sales in 2016. As many as 88,000 Italian jobs were lost, largely in manufacturing, as a result of such IP violations.

China has become increasingly aggressive in gaining leadership positions at international organizations. Its tactics include leveraging aid through its Belt and Road program or development assistance to win support for its preferred candidates. The last election to lead the Food and Agriculture Organization (FAO), based in Rome, resulted in a win for China. According to reports in the European press, the election was marked by Chinese pressure, in the form of threats to cut off large purchases of agricultural and mineral products from South American suppliers.

The reporting alleged even more underhanded methods: “According to a diplomatic source quoted by French Newspaper Le Monde, ”there was ‘intense Chines pressure ‘ on other FAO ambassadors… to support the Chinese candidate…” and “…African candidate Medi Mongoul from Cameroon abandoned the race after receiving a bribe of 62 million euros, the source claimed.” It is likely that the alleged bribery refers to China forgiving a loan to Cameroon of this magnitude shortly before the FAO election took place. China is also becoming more bold in pressuring international standard making bodies to adopt standards friendly to Chinese technologies through flooding meetings with Chinese engineers and even more unseemly tactics.

Another reason to be wary of having a Chinese at the helm of WIPO is its role as a repository for all international patent applications. New applications are filed with WIPO while an 18-month search is conducted to determine the patentability of the application. During this time the technical information is held in Switzerland and eventually stored in a US-based cloud storage facility. Critics of China speculate that a powerful Director General, with pressure from the Chinese government, could move the information storage to China. According to an expert at Washington’s Center for Strategic and International Studies: “Given the history of IP theft, a Chinese Director General storing the world’s patents in Beijing would be disastrous.” The US Council on Foreign Relations estimates that total annual losses for the US economy from IP theft are in the range of $225-600 billion.

Neither the US nor the EU has a candidate from their countries, as prior consensus was that the next head of WIPO should come from Latin America or Asia. The US diplomatic effort to deny the seat to Wang is simply based on the notion that like-minded allies must cooperate to ensure a candidate who has a record of proven technical and managerial skills, sharing values of multilateralism and a rules-based global economy, working cooperatively to build consensus, and will lead WIPO without favoring home-country interests.

In a recent speech, the Director General of the US Patent and Trademark Office Andrei Iancu stated: “If we are to be taken seriously that intellectual property is important to all of us, we must choose a next Director General [of WIPO] who comes from a country that respects intellectual property rights.” That country is not China, and Italy would be ill-served if it were to support Ms. Wang’s candidacy.