A Close Look at Egypt’s Relentless Abuse of Coptic Christians 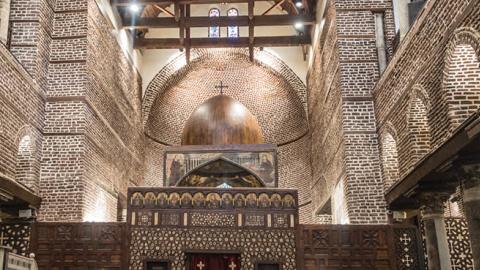 For those of us who have followed the struggle of Egypt’s Coptic Christians, particularly during the presidency of Egyptian President Abdel Fattah al Sisi, there’s been both good news and bad news. In Defense of Christians (IDC), an international religious freedom watchdog, presented a webinar on January 15 focusing on that long-suffering Coptic community.

Ten years ago this week, Egypt’s Copts optimistically greeted the “Arab Spring,” which spread rapidly across the country, dangerously elevated the Muslim Brotherhood, and ushered in the brief presidency of Mohamad Morsi. Several IDC webinar speakers offered a smattering of applause for President Sisi’s efforts to recognize and correct abuses suffered by Egypt’s Copts during and after that period., They noted that Sisi has taken several such steps since his landslide election in 2014.

Clearly, Egypt is not in the same category as highly restrictive countries such as Saudi Arabia, Iran or Afghanistan. Egyptian President Sisi has made repeated and important symbolic statements and appearances concerning Copts, the largest religious minority in the country and, at some 10 million, the largest Christian minority in the Middle East. He has emphasized the equality of Egyptians, visited the main Coptic cathedral at Christmas, and has assisted the construction of a Cathedral of the Nativity of Christ in Egypt’s yet-to-be-named new administrative capital, 45 kilometers East of Cairo. A Parliamentary Committee has very slowly but steadily been giving official recognition to many already-built churches.

But when examples of actual change are closely examined, by all accounts progress has been, at best, agonizingly slow. At worst, nothing has changed at all. In some places like the Minya Governorate, the situation may have even worsened.

Historically, the Copts’ bloodlines are even more ancient than their Christian faith; they date back to the pharaohs, centuries before the Arab invasions in the seventh century CE. The Coptic language, still used in liturgy, is the closest existing language to that of ancient Egypt. However, despite their heritage, as a religious minority in a Muslim-majority state, the Copts have lived for centuries under the dhimmi status spelled out in Islamic Sharia law. Simply put, that means they are treated as inferior citizens.

So what happens to these Coptic Christians that makes their lives so painful? Of course in recent years there have been several widely reported church bombings, like the twin 2017 Palm Sunday attacks in Alexandria and in a community north of Cairo, killing 44 and injuring more than 100.

For decades, the kidnapping of hundreds of Coptic girls has resulted in forced conversions to Islam and undesired marriages to Muslim men. Terrasanta, a Catholic news service reported, “The high number of missing girls and the repeating identical operating patterns have convinced lawyers, activists and priests—long engaged in the battle against the terrible practice—that there is an organized network behind the kidnappings. According to some, there are Islamic cells dedicated exclusively to the abduction of Coptic women.”

Meanwhile, there are false imprisonments, such as that of Rami Kamel, a Coptic human rights campaigner and founder of the Maspero Youth Union. Egyptian state security arrested him for “membership in a terrorist organization” and for using social media to spread “false news threatening public order.” Kamel has remained in perpetual pre-trial detention since November 23, 2019, spending much of that time in solitary confinement and suffering clearly declining health.

Mob attacks—often with deadly results—on Christian homes are often based on rumors of inappropriate sexual relations between Muslim-Christian couples. Consider the attack on the home of 70-year-old Soad Thabet, a Coptic Christian grandmother. According to Coptic Solidarity:

On May 20, 2016, a mob of some 300 Muslim men descended on her home, stripped her completely naked, beat, spit on, and paraded her in the streets of al-Karm village (in Minya governorate) to jeers, whistles, and triumphant shouts of “Allahu Akbar”… Her son was falsely accused of having a romantic relationship with a Muslim woman, which is banned by Islamic law, or Sharia—the same body of teachings that prescribes the collective punishment of non-Muslim “infidels.”

For years Egyptian courts have refused to rule on Soad Thabet’s legal battle for compensation based on her abject humiliation. Her case has been repeatedly delayed in the courts for clearly fabricated reasons.

Samuel Tadros cited several governmental issues that also signify Coptic marginalization. These include restrictive church building laws; the non-existence of Copts in political appointments; the lack of Coptic history or accomplishments in the educational system; easily abused Islamic blasphemy laws that remain on the books; and a total absence of arrests for attacks on Christians.

Finally, in the eyes of all who spoke at the IDC webinar, one especially troublesome Egyptian government response to Coptic abuses is the victims’ required participation in “reconciliation meetings.” These post-attack gatherings result in no arrests, no reparations, no penalties for violence and abuse. Instead, they demand that injured Christian parties “reconcile” with their Muslim attackers by publicly forgiving them, leaving injuries unaddressed, damage unrepaired, and terrorism unresolved.

In response to this and so many other inequities, and in hope that further US action will be taken to assist Egypt’s Coptic Christians, Congressman French Hill introduced Resolution 49 to the US House of Representatives in early 2019. Its summary states:

This resolution acknowledges the importance of the U.S.-Egypt partnership and Egypt’s role in the fight against terrorism and violent extremism. It also urges the Egyptian government to enact serious and legitimate reforms to ensure that Coptic Christians have the same rights and opportunities as other Egyptian citizens, and to take steps to end the culture of impunity for attacks on Christians.

The IDC webinar confirms that it is past time for the US to seriously address the injustices Egypt’s Copts continue to endure. But unfortunately, since being “referred to the Subcommittee on Middle East, North Africa and International Terrorism” in March 2019, there has been no further action on this significant and potentially substantial US resolution.