The Facts and Figures on French Muslims 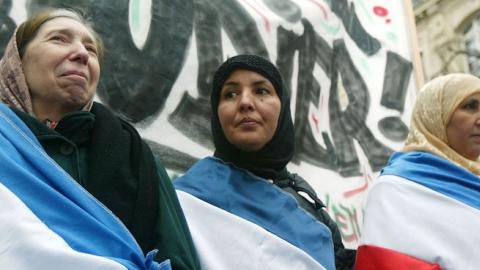 A report published last week by Institut Montaigne, a free-market centrist French think tank, has garnered attention by providing new light and concrete policy proposals to the debate over the tense relationship between Islam and the French Republic. Written by Hakim El Karoui, a consultant known for starting an influential club for elite French people from minority communities, the report’s aim is clear in its title: "A French Islam is possible." In accordance with the country’s history of religious tensions, often encouraged by foreign meddling, part of the French public is concerned with the practice of a Muslim faith that would not be compatible with French institutions and secular traditions. This has led to an interminable debate on the possibility to promote an “Islam of France” rather than just an “Islam in France,” a debate not devoid of caricature and confusion.

The report, which seeks to address this, is interesting for a few reasons. First, very rich in data, it invalidates conventional wisdoms favored by both sides of the political spectrum. On the one hand, it shows that radical sentiments, qualified as “secessionist” because they set religious law before French law, are prevalent among a strong minority of the French Muslim population. But it rejects many far-right conspiracies or outrages. For example, through a voluntary survey (ethnic and religious polling is forbidden in France), it establishes the Muslim population as 5.6 percent of French population aged 15 and above (and 10 percent of those under 25); these figures are significantly lower than those often found on right-wing websites. Half of those Muslims were born French, 24 percent acquired French citizenship, and 26 percent are foreigners. Nine out of ten have a father who was born abroad. Furthermore, the report shatters the very notion of a French “Muslim community” by pointing to the diversity of French Islam, whether one measures it by levels of observance, national origins, or generational divide. It also rues the fact that current Muslim organizations do not adequately represent this diversity. The report’s purpose, additionally, is to ensure the successful integration of French Muslims within France, not to strike alarmist or fatalistic tones. To avoid the trap set by extremists, political discourse must, according to El Karoui, promote and encourage examples of successful French Muslims while building a French Islam that is compatible with national values, locally funded, and representative of the silent majority of its adherents.

The report identifies a divide, already underscored by Islam scholar Gilles Kepel (Passion Francaise, Terreur dans l’Hexagone), between a secularized majority and a substantial minority radical group expressing values at odds with republican principles and mainstream French sentiments on issues like gender. This is the part of the report that got the most media attention. Thus, 46 percent of respondents are “either completely secularized or finishing up their integration into the French contemporary value system.” That doesn’t mean they reject religion at all: Their religious practice is “much more regular than the national average” and is largely linked to keeping halal food. Halal is actually central to French Muslims: 70 percent of them claim to buy halal food, and 40 percent believe, wrongly, that doing so constitutes one of the five pillars of Islam. On the other hand, 28 percent of those surveyed are “Muslims who have adopted a value system that is clearly opposed to republican values.” The report continues: “Most of them being young, under-qualified, and with low integration in the work force, they live in dense suburban neighborhoods. They define themselves more by the use they make of Islam to express revolt against the French republic than by their conservatism.” This group is defined as showing “authoritarian” and “secessionist” attitudes; anti-Semitism is prevalent. Age is a major analytical factor in predicting the relation to religion. Thus, the most radical group represents 20 percent of the population over forty (close to half among younger respondents). Religious radicalism is thus prevalent among a majority of French Muslims under 25. Meanwhile, half of those aged forty and above fall into the least-observant category.

The rise of the salafists, benefiting from the decline of political activism and the neo-Islamization of the young, is one of the most troubling trends highlighted in the report. Estimated between 15,000 and 20,000 members (including about 25 percent of converts), salafists are a small but visible minority advocating a complete break with society at large. While nonviolent, salafism rejects modernity and aggressively proselytizes among the younger set. Finally, there is also an intermediate group whose members take pride in their Muslim identity, are very pious, want to express their religion at work, and yet reject the niqab and polygamy (on which the second group is very ambivalent) and have made their peace with laïcité.

Why is this? The report underscores a convergence between an “anthropological shock” and “four crises of transformation” hitting French society. Thus, according to the author, North African families have to transition from a patriarchal value system, based on solidarity between brothers and in which the status of women, especially girls, is inferior to those of men, and toward a republican system, where girls do much better in school, especially those with immigrant backgrounds. Besides, France’s socio-economic transformations affect, first and foremost, its more vulnerable immigrant population: deindustrialization, decline of traditional structuring institutions (mass political parties like the Communist Party, labor unions), struggle between generations (resulting from high youth unemployment), and erosion of a sense of national identity. The rise of Islamism corresponds to a broader global trend, and is partly funded and encouraged from abroad, but it is not completely exogenous to French society. French Muslims are worse off economically than the rest of the population: only 4.5 percent are “cadre” (a term meaning upper middle class), compared to 10 percent of those who profess no religion and 8 percent of Christians. Victims of France’s rigid labor markets and self-reproductive elitist schools, Muslims also have to contend with discrimination. This isn’t the sole explanation for the rise of radical ideology, but more ambitious attempts at reforming France’s sluggish economy would go a long way in addressing some of the concerns. Interestingly, respondents cite social and economic matters as being more important than religious identity.

The study shows interesting findings when it comes to attitudes toward secularism. A majority of French Muslims oppose the 2004 law banning ostentatious religious signs in public schools; this law benefits from large, bipartisan support today. Six out of ten French Muslims believe that girls should be allowed to wear the veil in high schools. However, wearing the veil isn’t the norm: two thirds of women say they do not, while 23 percent report “always” wearing it. Young women are less likely to wear it, a phenomenon the author attributes to the official ban on them in schools.

The objective of the report is to advocate for the establishment of a “French Islam.” As most Muslim immigrants came as guest workers during the high growth years of the 1960s, French authorities were slow to realize that they would progressively become full-fledged French citizens. Worse, successive administrations turned to foreign countries to regulate and organize French Islam. The report denounces two approaches to this “consular Islam”: reliance on the countries of origins, especially Algeria, Morocco, and Turkey; and proselytizing by Qatar and Saudi Arabia using European populations as a prime target for a global influence policy. However, as a growing number of Muslims don’t feel connected to these nations anymore, French authorities have tried to institutionalize the faith, as was done with previous religious minorities. The attempt to create a top-down representative organization mostly failed as well, largely because of its leaders’ ties to foreign countries. Only 9 percent of people who define themselves as Muslim feel represented by the CFCM (French Council of the Muslim Faith), a centralized organization rendered ineffective by rivalries between the sponsoring nations, notably Moroccans and Algerians. While “consular Islam” is still at the heart of the administrative organization of French Islam, its normative power among most believers is very limited.

Thus the report recommends, without questioning the current legal secular regime (the law of 1905), ending financial support by foreign countries and promoting the emergence of new religious leaders born and trained in France. While the state can’t fund religious organizations, it can make it easier for municipalities to grant loans for the construction of mosques and faith-related buildings. Furthermore, the training of chaplains could be publicly funded to roll back fundamentalist voices in places like schools and prisons. The report also recommends facilitating the teaching of Arabic in schools to allow the children of immigrants to stay connected to their roots from within the public education system. Interestingly, the report identifies Austria as a good model. A 2015 Austrian law has made funding for and observance of the Islamic faith easier: Religious prescriptions are respected in the army, schools, and hospitals; Islam is officially recognized by the State, confessional cemeteries now benefit from a legal status, and so forth. However, while the law ensures that Austrian Muslims can practice their faith unhindered, the law strictly bans foreign interference and funding (a provision that targets Turkey and Saudi Arabia in particular). Imams are required to speak fluent German, and it is explicitly stated that Austrian law supersedes religious jurisprudence. As El Karoui puts it: “The law gives everything to Austrian Islam and takes everything from foreign Islam.” Such a set-up would be compatible with French institutions but would also entail granting greater social acceptance of religious practices that are often frowned upon as being outside the French mainstream, such as dietary restrictions or the wearing of the veil (outside of schools).

Unsurprisingly, the report’s findings were widely discussed in political circles. With only a month to go until the Republican Presidential primary, former President Nicolas Sarkozy is attempting to showcase his differences from frontrunner Alain Juppe by adopting a tough stance on identity issues. Calling the findings “extremely preoccupying,” Sarkozy promoted assimilation rather than integration, saying “we can’t keep 29% of a community that believes in Sharia above Republican laws.” If the think tank that ordered the report has a political agenda, however, it isn’t right-wing: Its director is close to Emmanuel Macron, the 38-year-old center-Left former Economics Minister who is eying a presidential run.

While a few pages of the report are devoted to the mechanisms of radicalization, it is telling that it is only treated as a secondary issue. Terrorist attacks have garnered the most coverage in the media, but terrorism is probably not the most transformational challenge confronting France in the long run as it obviously concerns only a small minority of individuals (about 11,000 are on a watch list of radicals, known as the “S” file). The recent terrorist attacks point to the undeniable reality of violent radicalism and Salafism in France, but they have also made it more difficult to have the kind of sober conversation this report is attempting to promote. The prospects of neighborhoods falling under the social control of radical (though nonviolent) groups, or of a younger generation decisively breaking with French republican institutions, pose considerable challenges to the unity and cohesion of French society. This is not simply a matter for intelligence services, law and order, or surveillance; it will demand more political creativity and courage across a wide set of issues than is in evidence today.