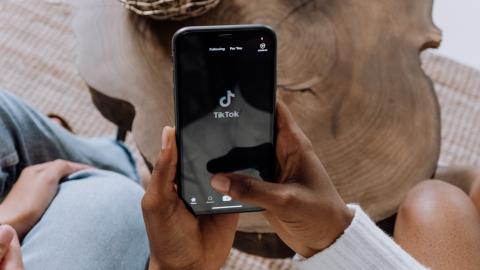 This month started with two earthquakes in the tech and social media world. On November 1 Elon Musk took full possession of Twitter and immediately began discussing key reforms, including charging blue check tweeters for their Twitter space and dismissing large swathes of staff, which set off a firestorm of criticism and attacks from other media.

The other, less noticed eruption came the same day when FCC commissioner Brendan Carr called for banning the popular social media platform TikTok because of its intimate ties to Chinese government and Communist Party. “I don’t believe there is a path forward for anything other than a ban," Carr admitted, not unlike the ban the United States has imposed on Chinese telecom equipment giant Huawei.

These two stories sum up two models for social media platforms in the future: either as a tool for government to influence and control its citizens, or a sounding board for citizens to influence government through the free exchange of ideas and opinions.

Musk’s effort to make Twitter a free speech sounding board has turned out to be highly controversial. He’s come under heavy fire, even from the White House. “Elon Musk took over a struggling business with Twitter and has quickly made it worse,” bellows a headline from CNBC. Yet Musk seems determined to press ahead to make Twitter a channel for free and independent discourse, and launched his own campaign against “misinformation” (a favorite bugbear of the Biden administration) by fact checking the president himself. It’s no wonder Biden is irked, suggesting in his recent press conference that Musk’s ties with foreign investors who helped to fund his deal to buy Twitter, including Saudi Arabia and Qatar, “should be looked at” as possible threats to US national security.

This seems ironic, since this White House seems to have no qualms about TikTok’s ties to Chinese military and intelligence. The FCC’s Carr echoed concerns expressed in this column many times, about US data flowing back to China via TikTok and the risk of Beijing using TikTok to covertly influence political processes in the United States.

We know, for example, that TikTok broke its pledge not to share data gathered from American users with the Chinese government. We also have reports that TikTok’s parent company ByteDance told employees to push pro-Beijing messaging to US users of one of its news apps. Within China itself, of course, both ByteDance and TikTok (known as Douyin) are obedient servants of China’s total surveillance state.

Although Carr admitted the FCC has no power to impose a ban, there simply isn't "a world in which you could come up with sufficient protection on the data that you could have sufficient confidence that it’s not finding its way back into the hands of the [Chinese Communist Party]," Carr said.

One of those who agrees is Democrat Senator Mark Warner of Virginia, as quoted in the same Axios interview. “Donald Trump was right on TikTok years ago," Warner admitted. "If your kids are on TikTok … the ability for China to have undue influence is a much greater challenge and a much more immediate threat than any kind of actual, armed conflict."

By contrasting TikTok with Musk’s plans for Twitter, we end up with two competing models for where social media is headed. On the one hand, it can shape and manipulate the mindset of users under the guise of preferences and entertainment, while funneling data to the government to use against its enemies and to silence dissent.

On the other hand, it can be a free and open forum for the exchange of ideas and opinions, that imposes limits on free speech with a light hand, but which is also geared to protect the privacy of users, including their freedom to speak out.

I’ve suggested this protection can be extended by turning to a blockchain or distributed ledger system for Twitter’s future subscription model, which can both safeguard and authenticate the flow of discourse among users. Some start-ups are already adopting blockchain technology to social media. By taking the full plunge Twitter can become the standard bearer for a new era of cybersecurity, and not only for social media.

The other remaining question is, which model will Facebook choose. Mark Zuckerberg has already admitted, “I got this wrong,” with his hard turn to metaverse technologies, even as his stock plunges and his company flounders. Perhaps he can now also admit he got it wrong, by allowing his platform to become a tool of the government, to silence stories it doesn’t like (like the discovery of Hunter Biden’s laptop ) and to promote the stories and information it does.

Either way, his rivals TikTok and Twitter now stand as the opposite poles of where social media is headed. It’s up to Zuckerberg, which future he (and his users) will prefer.