Skip to main content
Reports
Ambition and Overreach: Countering One Belt One Road and Beijing’s Plans to Dominate Global Innovation

How the U.S. and its allies can confront and counter these Chinese strategies and initiatives 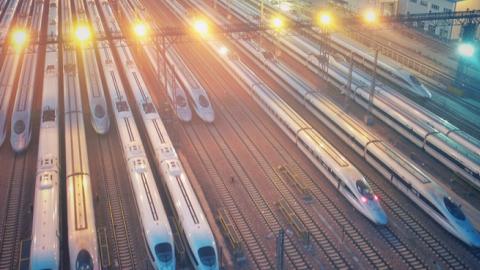 The first monograph in this series, __China’s Economic Slowdown: Root Causes, Beijing’s Response and Strategic Implications for the US and Allies__, examined the structural problems in the Chinese economy that have led to a recent permanent slowdown after three decades of double-digit growth rates. The monograph focused on the political and economic costs of the slowdown and efforts to stabilize an economy that has poured far too much national wealth into commercially unproductive areas.

Yet the Communist Party is not passively awaiting an unhappy economic fate in connection with its mounting imbalances and domestic economic dysfunction. In many respects, its leaders have been highly creative in seeking solutions that do not entail a weakening of the party’s hold on economic power.

On the contrary, the party has been busily shaping and pursuing grand strategic policies such as the Belt and Road Initiative (BRI) and Made in China 2025 (MIC 2025) to solve or alleviate many of its domestic political-economic problems.

This monograph, part two in the series, examines how the US and its allies can confront and counter these Chinese strategies and initiatives. It will do so by taking seriously the challenge they present and suggesting responses that take into account Chinese vulnerabilities and the points of leverage available to the US and its allies. This linking of China’s vulnerabilities and weaknesses, on the one hand, and its ambition and purpose with respect to its outward-focused policies, is essential for effective policy responses. If the domestic is not linked with the external, US policies are much more likely to become complacent, counterproductive, or susceptible to overreaching. In linking analyses of Beijing’s domestic political economy with its external policies, the monograph will challenge some enduring but incorrect grand narratives that play into the hands of the CCP.