Don’t Rule Out War With Iran 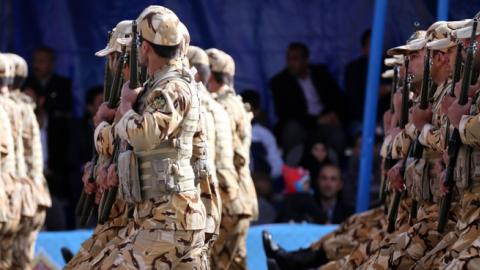 There was a short-lived war scare following Iran’s Sept. 14 attack on Abqaiq, an important Saudi oil-production facility, and a nearby oil field. The scare faded as pundits concluded that underneath the chest-thumping, Donald Trump was more chicken than hawk—that for all his “cocked and loaded” bluster, he is ultimately willing to let Iran get away with mayhem in the Gulf and possibly even willing to cut a new deal with Tehran on its terms.

That’s a misreading of President Trump and his political base. Jacksonian America is certainly tired of “endless wars.” The president understands and shares that concern. America’s steady move toward energy independence also reduces public concern about the Middle East. But Jacksonian America is neither patient nor pacifist, and there are provocations that would transform Jacksonian opinion overnight. The widespread if erroneous belief that the USS Maine had been sunk by a Spanish mine in 1898 forced a reluctant President William McKinley into the Spanish-American War.

Iran’s recent provocations have not yet crossed the classic Jacksonian red lines. Iran has not attacked American troops, launched terror strikes against the American homeland, fired on American-flagged vessels, interfered with the oil trade enough to cause a price shock in the U.S., made such progress on its nuclear program that an Iranian bomb is imminent, or invaded the territory of a country the U.S. has promised to defend.

Read the full article in the Wall Street Journal "here":https://www.wsj.com/articles/dont-rule-out-war-with-iran-11569279312