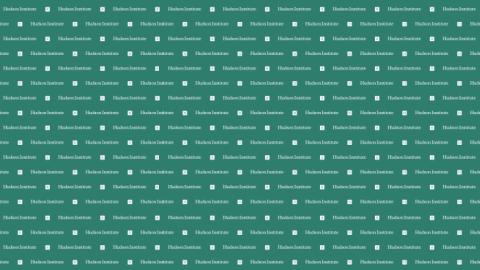 As Microsoft first reported last night, and as we have been aware for some time, Hudson Institute was recently among the targets of a Russian government-directed cyberattack. We can only assume that this attack was intended to gather information about, and compromise or otherwise disrupt, Hudson’s longstanding democracy-promotion programs, and in particular, our initiatives to expose the activities of foreign kleptocratic regimes. Microsoft, working in conjunction with private, U.S.-based cybersecurity firms and American law enforcement agencies, detected this malicious campaign in its early stages, shortly after Russian hackers registered a fraudulent internet address designed to mimic a legitimate Hudson webpage and infect the computers of unsuspecting visitors with malware. The fraudulent internet address was successfully taken offline. We are grateful to Microsoft and all other collaborating entities for their assistance in this matter.

This is not the first time authoritarian overseas regimes have attempted to mount cyberattacks against Hudson, our experts, and their friends and professional associates. We expect it will not be the last. But we will not be deterred from the pursuit of our essential mission to promote and defend the interests of the United States and its democratic allies all across the globe.