Skip to main content
Reports
Regaining the Digital Advantage: A Demand-Focused Strategy for US Microelectronics Competitiveness 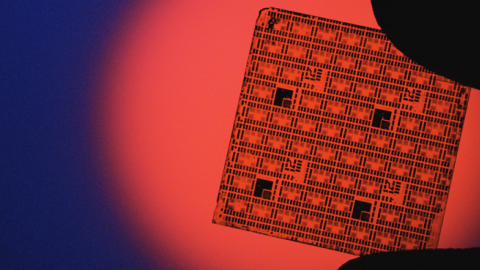 * Microprocessors are a critical element of US national infrastructure and manage the country’s energy grids, transportation systems, and telecommunications networks. Without a reliable supply of computer chips and microelectronic components, most US economic and societal activity would grind to a halt.
* The semiconductor manufacturing process is largely concentrated in East Asia, where manufacturers could be subjected to pressure or coercion by the People’s Republic of China. The semiconductor supply chain, and its inherent resilience and security, could be strengthened by US government investment to bring more steps of the microelectronics production and assembly process onto US shores.
* To guide government policies, this study proposes a four-factor framework measured from the perspective of the US microelectronics customers and industry. These factors include: resilience of continued microelectronics supplies to the US market; assurance that US microelectronics reflect their intended design and are free of security vulnerabilities; the ability of the US microelectronics industry to meet current microelectronics demand, which shapes the ecosystem; and the value added from US firms, which supports future demand.

The microelectronics industry plays an outsized role in America’s commercial and civic life. Although computers and electronic equipment only make up about 2 percent of US domestic output, they host financial and professional services that form half of the US economy and control nearly every durable consumer product and military system. Microprocessors are also a critical element of national infrastructure, as they manage all of America’s energy grids, transportation systems, and telecommunications networks. Without a reliable supply of computer chips and microelectronic components, most US economic and societal activity would eventually grind to a halt.

The increasing reliance of products and services on microelectronics was brought into stark relief during 2021. Due to high capital costs and long lead times for new facilities, semiconductor supply chains were unable to quickly expand output or change their product lines to meet rising orders as economies recovered from the COVID-19 pandemic. The resulting chip shortages slowed delivery of finished goods ranging from automobiles and refrigerators to video game consoles and medical devices; supplies are not expected to meet demand until 2022.

To address the current chip shortfall, advocates renewed their longstanding calls for federal support to expand US semiconductor fabrication, which fell from nearly 40 percent in 1990 to just 12 percent of global production in 2020. These proposals, however, are trying to solve the wrong problem. They could misallocate government funding to uncompetitive efforts while failing to invest in technologies that will improve US microelectronics resilience, assurance, and competitiveness for the long-term.

Concentration—not globalization—threatens the US microelectronics supply. Rather than representing flawed industrial policy, shrinking US semiconductor production merely reflects the microelectronics industry’s disaggregation in response to market forces that incentivize manufacturers to outsource some production steps to specialists which can achieve lower cost and higher performance using their expertise and local government support. And even though most US-based microelectronics companies now fabricate their chips overseas, the United States remains the global semiconductor market leader, responsible for more than 45 percent of sales by value. US semiconductor companies’ reliance on international suppliers resembles that of such US-based industrial champions as top-10 global carmakers Ford and General Motors, both of which average only 40% of domestically sourced content in their vehicles.

The disaggregation of US microelectronics production away from integrated device manufacturers (IDMs) like Intel is therefore a predictable evolution and does not necessarily represent a reduction in the resilience of US semiconductor supplies. On the contrary, today’s US semiconductor shortages arguably result from microelectronics production being too concentrated. Although the chipmaking process is now spread across multiple companies and continents, each step in the supply chain is dominated by a few firms that have rationalized their capacity to meet current demand. As a result, localized disruptions have an outsized impact on overall output.

Fabrication is the most prominent example of semiconductor supply chain concentration. During the last 30 years, foundries located in Taiwan and South Korea displaced US, Japanese, and European IDMs to become market leaders in chip-making thanks to a combination of low regulatory costs, generous government grants, and tax breaks. Because fabrication plants cost billions of dollars to build and require frequent upgrades thereafter, countries having more highly diversified economies chose not to invest in national champion chipmakers. Consequently, more than 70 percent of global non-IDM semiconductor fabrication is now concentrated with Taiwan Semiconductor Manufacturing Company (TSMC) and South Korea’s Samsung.

Supporters of subsidizing US chip fabrication argue overseas foundries create a risk that security vulnerabilities could be incorporated into microelectronics during fabrication. Even though domestic foundries could increase ease of oversight, the most significant of recently reported semiconductor security flaws were introduced during chip design. Instead, the more important security impact of the disaggregated microelectronics supply chain is that the resulting concentration leaves customers with few options to shift production when security concerns arise at a particular foundry.

Using government investment to bring more steps of the microelectronics production and assembly process onto US shores could help diversify the semiconductor supply chain and thereby improve resilience and assurance. However, without ongoing subsidies, US foundries may be unable to compete with TSMC or Samsung in affordably building the most sophisticated chips. Moreover, US partners and allies could be more effective hosts for new foundries if they have lower costs and a greater willingness to provide ongoing financial and regulatory support to national champion fabrication firms.

This study’s proposed framework suggests the US government has a historic opportunity to strengthen and secure the US microelectronics ecosystem by adopting a two-pronged policy and investment strategy using authorities granted by the 2021 National Defense Authorization Act and funding from proposed legislation designed to improve US competitiveness. These Congressional actions are currently weighted toward production of today’s IC technologies in which US fabrication and packaging are small players. Instead, they should prioritize research and development (R&D) of future architectures where the US microelectronics industry could gain an enduring advantage and market share.

The strategy’s first line of effort would invest in the US microelectronics industry’s future to provide it an advantage over foreign competitors by exploiting the emerging transition in chip design from simply increasing density to growing complexity and specialization in architecture and design. By focusing federal microelectronics investment on R&D of future IC technologies and manufacturing processes rather than production of today’s chips, the US government could improve semiconductor supply resilience and assurance while restoring the US semiconductor producers to a competitive position across each segment of the supply chain.

To achieve these goals, however, government R&D investment cannot be limited to basic research but must also be used to bridge new microelectronics technologies through applied research to commercialization. Whereas the US government has long invested in technology development, commercialization depends on an understanding of market demand, necessitating new mechanisms to guide government spending. Co-investing with US industry players through constructs such as public-private partnerships, built in the mold of SemaTech or In-Q-Tel, are a proven means of getting next generation technology to market. Government sponsors can provide an investment base that reduces risk to private investors while also shaping investment decisions to reflect government concerns and interests like security or operational utility.

To enable the strategy’s main effort, its second prong calls for modest government funding to catalyze greater diversity in production of today’s generation of chips, which would improve supply chain resilience and assurance and grow the fabrication and packaging capacity needed for future IC technologies. This line of effort would encourage market leaders TSMC or Samsung to build more US facilities in partnership with American firms and spur US companies like Global Foundries and Intel to expand domestic production by mitigating the higher cost of US operations through a combination of tax and regulatory incentives.

Government funding in the strategy’s second prong would not be used for building and outfitting new plants but would instead focus on closing the operating cost differential between US and overseas production. As a result, the business case for new facilities would be improved, which could unlock private funding for facility construction and equipment. To further diversify microelectronics production, the strategy would employ purchase agreements, export controls, and technology sharing with US allies to encourage them to also host new fabrication and packaging capacity and help build a demand alliance that would counter China’s desire to grow its industry’s power in international markets.