The Post-Pandemic Military Will Need to Improvise 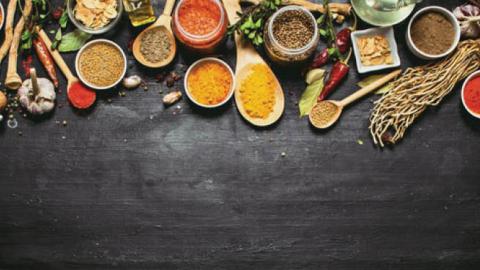 We don’t mean Pentagon-style “innovation.” We mean like the chefs on the reality show “Chopped.”

The COVID-19 pandemic is still in its opening phases, but the disease and responses to it are already taking a disproportionate bite out of military innovation. While ship, aircraft, and vehicle construction continue, the U.S. military’s efforts to develop new technologies and tactics are slowing in the wake of cancelled exercises, postponed experiments, and idled laboratories. And when R&D can resume, the money needed to sustain it could instead be diverted to economic recovery.

Although competitors like China or Russia may suffer similar drag, they were already ahead in some technologies, like hypersonic weapons, and have “home field” advantages that reduce their reliance on others, like autonomous systems. To sustain or regain its edge, the U.S. military will need to use its existing tools to create complex and challenging situations for enemies. But integrating and recomposing older ships and aircraft with new autonomous systems or commercial micro-satellites will require DoD to shift more money and effort toward the connective tissue that makes “kill webs” possible.

Making the most of an unexpected and diverse set of ingredients is the premise of reality television’s “ Chopped. ” Four chefs are given a basket of seemingly random elements — think watermelon, sardines, and pepper jack cheese — and asked to create a dish that looks and tastes good. To win, chefs need experience, intuition, and a knack for improvisation. They also need to take some risks.

Unfortunately, U.S. military innovation more resembles the chef’s table at a Michelin-starred restaurant with a set menu carefully refined over weeks of tastings. DoD and its industry partners start with the final dish they want–for example, defeating an advanced air defense system in Russian Kaliningrad –and reverse-engineer a specific recipe, such as a stealthy F-35 fighter using long-range smart missiles.

DoD’s approach works as long as the adversary holds still, projected scenarios emerge as expected, and the specialized systems needed can be fielded. But like a chef who misjudges food trends or loses an essential supplier, the U.S. military could find itself in a confrontation using the wrong tactics or without the weapons for tactics that might work.

With tightening budgets and an eroding technological edge, the U.S. military will need to operate more like the “Chopped” chefs, evolving tactics using new combinations of systems and weapons to address the situation at hand. The missing ingredient for DoD is flexible connections between its sensors, platforms, networks, and operators.

For example, although the F-35 strike fighter emerged from a haute cuisine approach to acquisition, with modest software re-architecting it could adapt to a “Chopped” operational environment. The F-35 could be configured as a flying server, letting a Marine on the ground borrow the view from its sensors, download the latest update on adversary movement, and use the aircraft’s radio to talk to troops over the horizon.

Interoperability between disparate proprietary data networks will be essential to military creativity and adaptability. The Pentagon largely failed during the past 60 years to achieve interoperability through joint communication standards; the equivalent of trying to get everyone to learn and stay proficient in a common language they may only use once every few years. On the other hand, a technological approach– Google Translate –seamlessly uses machine learning to convert messages in one language to another on demand. Although it uses mathematical graphing instead of artificial intelligence, DARPA’s STITCHES toolchain provides the same function for military data networks, allowing old and new message formats to talk to each other.

The need for interoperability extends to software inside military equipment as well. Replacing custom-made lines of code strung like spaghetti through today’s combat systems with containerized modules like Kubernetes would help DoD integrate proprietary software from multiple vendors in the same hardware. With each contractors’ intellectual property encased in a container, individual software elements in a system could be upgraded, replaced, or recomposed without rewriting the entire software program.

Integrating diverse networks and software without changing their internal structure or code would allow the government to prescribe and own only the rights to interfaces between proprietary elements. Network and software vendors, including commercial providers, would be incentivized to improve their products with the promise of reasonable profits. And like proprietary hardware manufacturing, DoD inspectors could monitor production for quality assurance.

The U.S. military needs new approaches to warfighting if it is going to deter aggression and counter gray-zone tactics from great power and regional competitors. Technology proliferation and post-pandemic budget and experimentation constraints will prevent staying ahead through superior equipment and tactics alone. DoD will need to start enabling what American military leaders have always said is their greatest resource: the creativity and adaptability of their warfighters.