The Quantum Computer Revolution Is Closer Than You May Think 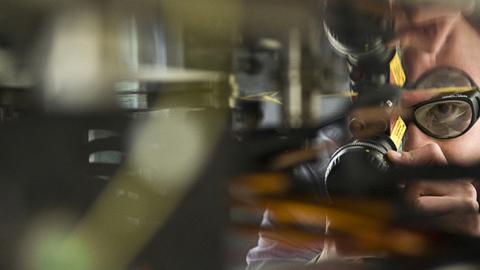 Let’s make no mistake: The race for a quantum computer is the new arms race.

As Arthur Herman wrote in a recent NRO article, “Quantum Cryptography: A Boon for Security,” the competition to create the first quantum computer is heating up. The country that develops one first will have the ability to cripple militaries and topple the global economy. To deter such activity, and to ensure our security, the United States must win this new race to the quantum-computer revolution.

Classical computers operate in bits, with each bit being either a 0 or 1. Quantum computers, by contrast, operate in quantum bits, or qubits, which can be both 0 and 1 simultaneously. Therefore, quantum computers can do nearly infinite calculations at once, rather than sequentially. Because of these properties, a single quantum computer could be the master key to hijack our country.

The danger of a quantum computer is its ability to tear through the encryption protecting most of our online data, which means it could wipe out the global financial system or locate weapons of mass destruction. Quantum computers operate much differently from today’s classical computers and could crack encryption in less time than it takes to snap one’s fingers.

In 2016, 4.2 billion computerized records in the United States were compromised, a staggering 421 percent increase from the prior year. What’s more, foreign countries are stealing encrypted U.S. data and storing it because they know that in roughly a decade, quantum computers will be able to get around the encryption.

Many experts agree that the U.S. still has the advantage in the nascent world of quantum computing, thanks to heavy investment by giants such as Microsoft, Intel, IBM, D-Wave, and Google. Yet with China graduating 4.7 million of its students per year with STEM degrees while the U.S. graduates a little over half a million, how long can the U.S. maintain its lead?

Maybe not for long. Half of the global landmark scientific achievements of 2014 were led by a European consortium and the other half by China, according to a 2015 MIT study. The European Union has made quantum research a flagship project over the next ten years and is committed to investing nearly $1 billion. While the U.S. government allocates about $200 million per year to quantum research, a recent congressional report noted that inconsistent funding has slowed progress.

According to Dr. Chad Rigetti, a former member of IBM’s quantum-computing group and now the CEO of Rigetti Computing, “computing superiority is fundamental to long-term economic superiority, safety, and security.” Our strategy, he continues, has to be “viewing quantum computing as a way to regain American superiority in high-performance computing.”

Additionally, cyber-policy advisor Tim Polk stated publicly that our edge in quantum technologies is “under siege.” In fact, China leads in unhackable quantum-enabled satellites and owns the world’s fastest supercomputers.

While quantum computers will lead to astounding breakthroughs in medicine, manufacturing, artificial intelligence, defense, and more, rogue states or actors could use quantum computers for fiercely destructive purposes. Recall the hack of Sony by North Korea, Russian spies hacking Yahoo accounts, and the exposure of 22 million federal Office of Personnel Management records by Chinese hackers.

How can the United States win this race? We must take a multi-pronged approach to guard against the dangers of quantum computers while reaping their benefits. The near-term priority is to implement quantum-cybersecurity solutions, which fully protect against quantum-computer attacks. Solutions can soon be built directly into devices, accessed via the cloud, integrated with online browsers, or implemented alongside existing fiber-optic infrastructure.

Second, the U.S. needs to consider increasing federal research and development and boost incentives for industry and academia to develop technologies that align private interests with national-security interests, since quantum technology will lead to advances in defense and forge deterrent capabilities.

Third, as private companies advance quicker than government agencies, Washington should engage regularly with industry. Not only will policies evolve in a timely manner, but government agencies could become valuable early adopters.

The United States achieved the unthinkable when it put a man on the Moon. Creating the first quantum computer will be easier — but the consequences if we don’t will be far greater.