The Vagaries of World Power 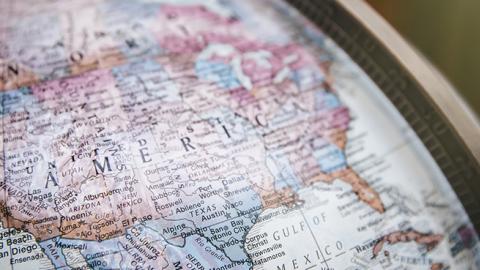 By traditional measures—military strength, economic wealth, population size—the United States remains the world’s preeminent superpower. Its economy continues to expand; it deploys the largest military in the world; it is home to a growing population; and American laws and capital flows encourage a vibrant ecosystem for innovation.

But in a world of determined competitors, asymmetric threats, and networked technology, those traditional measures of power are no longer sufficient to ensure the ability of the United States to preserve peace and promote prosperity at home or abroad. The prevailing assumption in the post-Cold War period was that America’s superpower status was the principal determinant of world order. Today, that assumption is no longer valid. We are facing, as Henry Kissinger observed, “a period in which forces beyond the restraint of any order determine the future.” The postwar world order built and defended by the United States and its allies is crumbling. World order no longer conforms to traditional sources or uses of American power.

Except for the existential threats posed by nuclear weapons, “world power” does not exist in a meaningful sense. Today, the phrase has limited utility. There are three reasons for this. First, states and other actors project power from within geographic regions, not throughout the entire world. Thus, the balance of economic, political, and military instruments and influence within those regions is a crucial measure of power. Second, the nature of power today is diffuse. Compared to fifty years ago, many more actors can and do participate in shaping political, economic, and military trends. The playing field is also filled with state and non-state actors using technology and asymmetric tactics to secure their advantage. Third, power goes to those who can adapt quickly and actually get things done. It accrues to those actors who can use their political, economic, and military instruments fluidly and responsively. The United States has many of the building blocks necessary to deter and shape, but the architecture in which these tools reside is outdated and broken, thereby making us less capable of using our advantages to achieve our desired outcomes.

State actors such as China, Russia, Iran, as well as non-state groups such as jihadist terrorists pose significant challenges to the United States. Each of these challenges is a competition with its own character and dynamic. What these actors have in common is an increasing ability to operate freely in key regions of the world, undermining the rules of the post-World War II international order, and threatening the sovereignty of states in those regions. Russia’s invasion of Ukraine shifted the balance of power in Europe and established a new status quo from which Russia can and does project power. Its air defenses extend over all of the Baltic states, most of Poland, and over most of Ukraine. Moscow’s rearming in and around Kaliningrad provide Russia with serious sea denial capabilities, allowing it to potentially shut down access to the Baltic Sea. China continues to militarize man-made islands in the South China Sea, having fundamentally turned that region into a giant Chinese military base. President Xi’s speech at the 19th Party Congress in 2017 cited its island-building effort as an example of “China moving closer to center stage.” Similarly, U.S. Admiral Philip Davidson, commander of the Indo-Pacific Command, observed that China was now in a position to “extend its influence thousands of miles to the south and project power deep into Oceania,” and was now “capable of controlling the South China Sea in all scenarios short of war with the United States.”

Iran continues to shape the power dynamics of the Middle East. Its successful use of proxies such as Hezbollah and the orchestration of smart-missile attacks on Riyadh, Abu Dhabi, and Israel, keep the region and Iran’s rivals there off balance. The struggle for stability in the Middle East depends upon finding effective counters to the Hezbollah model. Even after the decline of the Islamic State, jihadist groups continue to operate from the region, posing a threat to U.S. allies and partners.

The ability of these competitors and adversaries to flout the rules that bind democratic states together is a form of asymmetric advantage that reduces America’s power and reach, despite its superpower status. Moreover, our competitors have the benefit of being able to focus on the region most important to them, while the United States remains stretched across all three.

The United States is vulnerable to asymmetric threats precisely because of the strengths of our open economy and society, as well as our highly networked military forces. One needs only to glance at a week’s worth of headlines to reveal how, with the proliferation of technology, state and non-state actors can do significant harm using cyber, informational, biological, and other tools. Individual actors have cost American companies and individuals billions of dollars using relatively simple cyber tools. State actors such as China have not only stolen troves of information, but their use of cyber exploits have called into question the reliability of key American weapons systems—with the Department of Defense only now “beginning to grapple with the scale of [our] vulnerabilities.”

The number of instruments available to individuals and small groups, and the effectiveness of those instruments, have increased dramatically over the past decade. As Jakub Grygiel has written, the proliferation of lethality has empowered groups that no longer need the vast apparatus of a state to be lethal and therefore, strategic actors. Traditional tools of statecraft such as deterrence and diplomacy are difficult to apply to these actors. It is hard to deter those who are small and mobile and do not present clear targets. And it is difficult to negotiate with a group that is often not hierarchical and for whom violence is a source of cohesion.

The past couple of centuries were characterized by periods of stability interspersed by massive eruptions of industrialized warfare that altered maps and power balances. Today’s trends may result in a different world—one where constant violence—perhaps low-level and diffuse, but disproportionately disruptive—is interspersed by undecisive wars which nonetheless upset distributions and balances of power.

In addition to this democratization of violence, an increasing array of actors are developing and deploying disruptive technologies such as artificial intelligence. Rapidly advancing technology is an active force in the world. It is altering individual lives as well as geopolitical relationships, and it is affecting the character of conflict and the nature of statecraft. Many countries, from China and Russia among major powers to economic micropowers such as Israel and Singapore, are investing heavily in AI (artificial intelligence). Autocracies can use it to alter undesirable behaviors, enhance monitoring, and target repression on segments of their populations. AI and other technologies, whether embedded as parts of existing platforms or as enablers of new concepts for military power such as swarms, have the power to supplant traditional modes of conflict and disruption and to expand the competitive space. Non-state actors could have the ability to access simpler algorithms and capabilities to enhance their destructive power. AI and other emerging technologies such as robotics, gene editing, and additive manufacturing, could reshape the nature of politics and political systems, and allow states to expand the competitive space. As Michael C. Horowitz argues, the risk for the United States is if, despite being a technology innovator, it takes its economic and military leadership for granted and fails to be agile and nimble in leveraging these technologies in the national security sector and beyond to sustain America’s edge.

The Exertion of Power

The ability to act—to respond to threats and to seize opportunities as they arise—is a critical but undervalued component of power. Despite its superpower status, the United States has not adapted quickly or effectively to the threats posed by competitors—whether state or non-state actors.

While many of our competitors are agile, the United States is ponderous. It took the United States a full year to respond to China’s deliberate hack of OPM’s extremely sensitive security clearance information on over 20 million Americans. It is well known that the pace of the Defense Department’s acquisition processes takes so long that by the time our “advanced” military systems are fielded, they are nearly obsolete. Legislation to improve cooperation between the public and private sectors on key areas of technology remains mired in partisan infighting in Congress. Moreover, for over two decades, descriptions of America’s vulnerabilities across its critical infrastructures have become only more dire, while solutions remain fleeting.

In the current geostrategic landscape, with its continuous tension between disruption and construction, institutional rigidity is a serious strategic liability. As the Trump Administration’s National Security Strategy observed, “repressive, closed states and organizations, although brittle in many ways, are often more agile and faster at integrating economic, military, and especially informational means” to achieve their goals. As a result, with these incremental successes our adversaries and competitors “accrue strategic gains over time”7 and a new status quo emerges. And the United States is then, automatically on the defensive: responsive rather than proactive.

The ability to act with timeliness and dexterity must become a front and center national security priority. Advantages accrue to those actors who can use all of their instruments of power with agility and speed, and often, simultaneously. In the past, the United States could out build and outspend its enemies to compensate for slow decision-making processes. Not so today.

The organizational, legal, and bureaucratic models that emerged in the post-World War II period today perpetuate stove-piped thinking and actions, making it extremely difficult to respond to current threats or equally important, to take advantage of opportunities. For the most part, responsive U.S. action is limited to those situations in which one organization controls the capabilities, budgets, and has the right authorities. Thus, our combatant commands such as U.S. Central Command or the U.S. Special Operations Command, tend to be able to respond quickly to events on the ground. The U.S. Treasury Department controls virtually all the tools and authorities to act to impose sanctions. Unfortunately, such parallels do not exist when dealing with problem sets that require different parts of the government to respond simultaneously.

Precisely because we live in an arena of continuous political, military, and economic interactions—accelerated by technology—power will shift to those actors, state and non-state, that can develop and deploy the operational models necessary to shape outcomes. There is nothing static about “superpower advantage.”