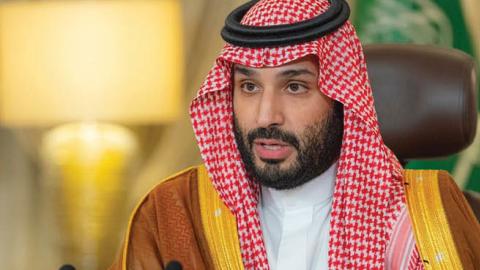 Future American officials should carefully study the evolution of the Biden administration’s approach to Saudi Arabia. It’s a textbook example of the damage that good intentions can do when linked with weak analysis. Yet the universe is sometimes forgiving. Even after the latest flurry of gaffes, strong and serious leadership from President Biden can put a vital relationship back on its feet.

Democratic opposition to the U.S.-Saudi relationship began soon after Franklin D. Roosevelt met with King Abdul Aziz aboard the Navy heavy cruiser USS Quincy in 1945. The Eisenhower administration’s preference for good relations with the Arab world over support for Israel struck many contemporary Democrats as a favor to American oil companies heavily invested in the kingdom. The Organization of the Petroleum Exporting Countries’ predatory pricing during the 1970s made Arabs generally—and Saudis especially—unpopular. Saudi treatment of women infuriated American feminists, and as climate activists grew more influential in Democratic politics, Saudi oil was seen as a threat to the planet. The Saudi origins of the 9/11 bombers combined with the close ties between the Bush family and the Saudi royals taught a new generation of Democratic activists to loathe the House of Saud.

More recently Saudi tactics in the war in Yemen, the murder of Washington Post contributor Jamal Khashoggi, Saudi opposition to any thaw in U.S.-Iran relations, and the kingdom’s friendly relations with Donald Trump and Jared Kushner sealed Saudi Arabia’s permanent status as a least-favored nation among American Democrats.