An Encouragement to (re)Consider the Russian-Ukrainian Conflict 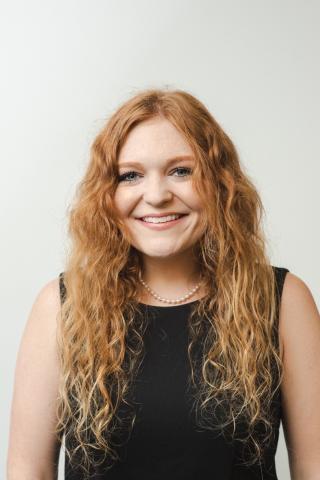 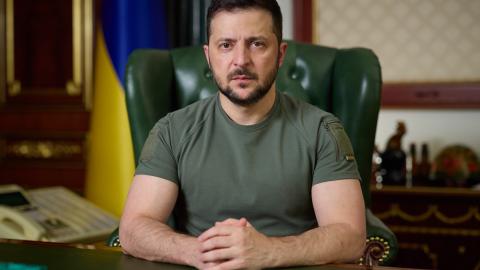 Caption
(Office of the President of Ukraine)

Vladimir Putin recently took a break from threatening to employ nuclear weapons in the war he chose to start to lecture the West about its “wokeness.” He slammed the cultural rot that undermines basic values as “mother, father, family, and the distinction between sexes.” Though most Americans aren’t falling for this bit of exploitive propaganda, his digression presents an opportunity to highlight just how absurd this is.

There is a faction of populists who understandably lament the poisonous rise of wokeness, globalism, and imperialism. Putin must think he can leverage those concerns to pull them to his side against the US-led defense of Ukraine. Despite Putin’s attempts to claim the mantle of arbiter of traditional values, his current nemesis, Volodymyr Zelensky, actually lives those out.

Firstly, the obvious: for nearly eight months, Zelensky has put on display for the entire world a steadfast defense of hearth and home, something signatories of an American National Conservatism Statement of Principles extol as principle number one.

Secondly, Zelensky represents a rejection of imperialism and globalism. Putin’s expressed desire to rebuild a Russian Empire has thus far been thwarted only by Zelensky’s courageous gamble to defend his national sovereignty at all costs.

Now let’s compare Zelensky with his antagonist on other principles championed by the National Conservatives: marriage and family, a common sense of national purpose, and care for human life undergirded by the belief that all men are made in the image of God.

Volodymyr Zelensky’s marriage has been a symbol of stability and a source of hope for Ukrainians throughout the war. Instead of leaving Ukraine or shying away from the frontlines, Olena Zelenska has assumed a public profile akin to Eleanor Roosevelt during the Second World War. The screenwriter has plead Ukraine’s cause throughout Europe and the United States. Their two children remain in Ukraine, continuing their schooling online with the masses as the war wages on.

In contrast, Vladmir Putin’s personal life is storied and rife with tales of depravity including a plethora of past and present mistresses, one of whom was recently hit with U.S. sanctions. The girlfriend, Alina Kabaeva, was allegedly hiding in Switzerland at the beginning of the war with her young children fathered by Putin. As war waged in Ukraine, Putin apparently stashed away his family in a Swiss chalet.

And while he secluded himself for nearly three months before his first public appearance after the invasion—who can forget the photos of Putin isolated on one side of a long conference table—Zelensky proved his bona fides when he and his team filmed themselves on the streets of Kyiv the evening following the invasion, saying, “We are here. We are in Kyiv. We are protecting Ukraine.”

Thus began the now famous Zelensky live streams that have become a mark of the war. Zelensky has since visited the frontlines numerous times. Meanwhile, Putin has never come close to the battlefields of the war he initiated. His rare trips outside the Kremlin have been attempts to hold together his splintering and dwindling international coalition of support.

When future generations look back on the largest ground war in Europe since 1945, they will see photos of Ukraine’s president on the frontlines with his soldiers and vignettes of Russia’s leader isolated in the Kremlin. Which leader comes off as a man with a righteous sense of national purpose?

And lastly, Putin has displayed an utter disregard for the sanctity of human life, with tens of thousands of Russian forces succumbing in Ukraine and many thousands more posed to meet the same fate after his recent mobilization scheme. Couple this with the numerous documented war crimes: torture, the use of human shields, detention camps, and pervasive sexual abuse, including the rape of a one-year-old child.

In contrast, Ukrainian officials have sought to minimize civilian casualties and defend population centers. On the eve of the war, Zelensky struck a somber tone about the human cost of war in an emotional address to the Russian people.

“War is a big disaster, and this disaster has a high price. With every meaning of this word. People lose money, reputation, quality of life, they lose freedom. But the main thing is that people lose their loved ones, they lose themselves.”

Volodymyr Zelensky’s wartime leadership personifies a fierce defense of hearth, home, and national sovereignty, a strong sense of national identity, a rejection of imperialism, marital and family values, and regard for human life, all while being in sync with the national purpose of the Ukrainian people.

The West, for all of its real and troubling social ills, is vastly superior to the kind of world Putin is both trying to impose by brutal force and the one he has lived himself. If we are to win the culture wars, protect the American family, and defend national sovereignty, we should look to Zelensky as a hero, not an enemy, of National Conservatism.