What Every Christian Needs to Know about Anti-Semitism 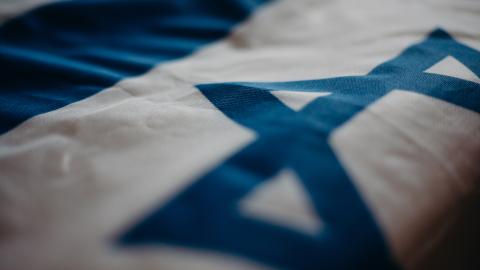 Did you know that assaults, harassment, and vandalism against Jews take place in the United States seven times a day? Are you aware that lies and distortions about religious Jews and their educational institutions are being published in prestigious news publications, including The New York Times? Have you heard that Jews are targeted for more hate crimes in the U.S. than any other group?

Maybe you weren’t aware of all this — most Americans aren’t. So why should these abuses matter to our Christian community? There are powerful biblical reasons.

Our Christian faith has its foundations in Judaism. We believe that the anticipated Jewish Messiah was Jesus, who was born and lived his entire life in the land of Israel. All of Jesus’s earliest followers were Jewish believers, who gave their lives for their belief in his divinity and His resurrection. Even today, the roots of our own faith are deeply rooted in the Hebrew Scriptures and in Israel’s history, as well as in the New Testament.

Yet, in spite of all this, some of us have too-easily overlooked the surging and violent hatred of Jews that is rapidly infecting today’s America. Sometimes it is subtle; sometimes violent. And, unfortunately, we also should not ignore the ever-increasing disparagement of the State of Israel in the U.S., even given voice by hostile congressional representatives.

As believers, it is essential that we remain awake and aware of these deteriorating circumstances. We have sacred responsibility to stand with the Jewish people; since the days of Abraham, Isaac and Jacob, God has revealed Himself to the world through them. With that in mind, let’s take a look at some facts related to anti-Semitism in the United States. According to Anti-Defamation League (ADL):

First of all, it is important to note that over 90% of these assaults are on Hasidic Orthodox Jews. This is, no doubt, a matter of convenience for the assailants, since Orthodox attire makes these individuals easily recognizable. However, the Orthodox are far from the only Jews who are discriminated against, harassed, vandalized, and otherwise abused. People with Jewish-sounding surnames are at risk, along with Jewish children in public schools, Jewish synagogues, women and men who speak Hebrew, or who wear Star of David necklaces or Israel-themed clothing — and these are but a few among many other “triggers.” It is also untrue that so-called white supremacists are responsible for much of today’s Jewish persecution. According to the Jerusalem Post, 97% of today’s attackers are from other minority groups.

One clearly documented reality is that Jewish abuse in the U.S. intensifies dramatically during Middle East conflicts, when Israel defends itself militarily. In fact, the prosperous and powerful State of Israel epitomizes the strength and resilience of the Jewish people and is therefore a prime target for Jew haters. Meanwhile, American Jews are targeted physically, but also politically, culturally, historically, and in propaganda and educational misinformation.

In fact, a recent egregious “educational” incident against Jews took place in The New York Times in 2022. An Orthodox Jewish organization in New York City, Agudath Israel of America, recently launched a public information campaign to combat what it describes as the Times’s “crusade” against Hasidic Jews and their schools. The Daily Signal reported:

“Agudath Israel points to 12 negative Times articles published in three months as well as the city’s hate crime statistics for November, which at 45 reported incidents was more than double the 20 incidents reported the previous November. … Publishing inaccurate, offensive articles against a minority group is always wrong. Churning such articles out in today’s climate, when Jews are being beaten in the streets of Brooklyn, is like chain-smoking in a gas station,” said Avrohom Weinstock, associate director of education affairs at Agudath Israel."

Although New York City is currently the most notorious site of anti-Semitic discrimination and danger, it is far from being the sole location of violence. Mistreatment of Jews is spread from coast to coast. For example, ADL reports:

"Coalition for Jewish Values (CJV) vocally advocates for classical Biblical values in public policy, so that Christians are not alone promoting pro-faith, pro-family views. And Christians need to realize that those who hate their Biblical values will often go after the Jews first, but never end with the Jews. Countries where Christians are most severely persecuted today have few if any Jews, and in many cases that is because they have already driven all the Jews out. In America, our war on Biblical values goes hand in hand with anti-Israel bigotry and demonization of traditional Jews. So, it’s a situation where Jews and Christians must work together to preserve our mutual rights."

As Christians, we face increasing discrimination largely because of our commitment to Biblical values. However, American Jews face attacks not only due to religious faith, but also because of a timeless prejudice against the Jewish people themselves. Anti-Semitism is correctly called “the world’s oldest hatred,” clearly exposed historically in the Bible’s book of Esther. As believers, let us speak up for today’s beleaguered Jewish people, reach out to them, and pray for their protection and our own. These are increasingly dangerous days for us all.

Read in the Washington Stand.