This major new poll was conducted by McLaughlin & Associates in May 2019 for Hudson Institute’s Center for Religious Freedom. The launch event featured keynote remarks of the Hon. Elan S. Carr, the U.S. Department of State’s Special Envoy to Monitor and Combat Anti-Semitism, pollster John McLaughlin, and major scholars of anti-Semitism based in the U.S. and Europe. 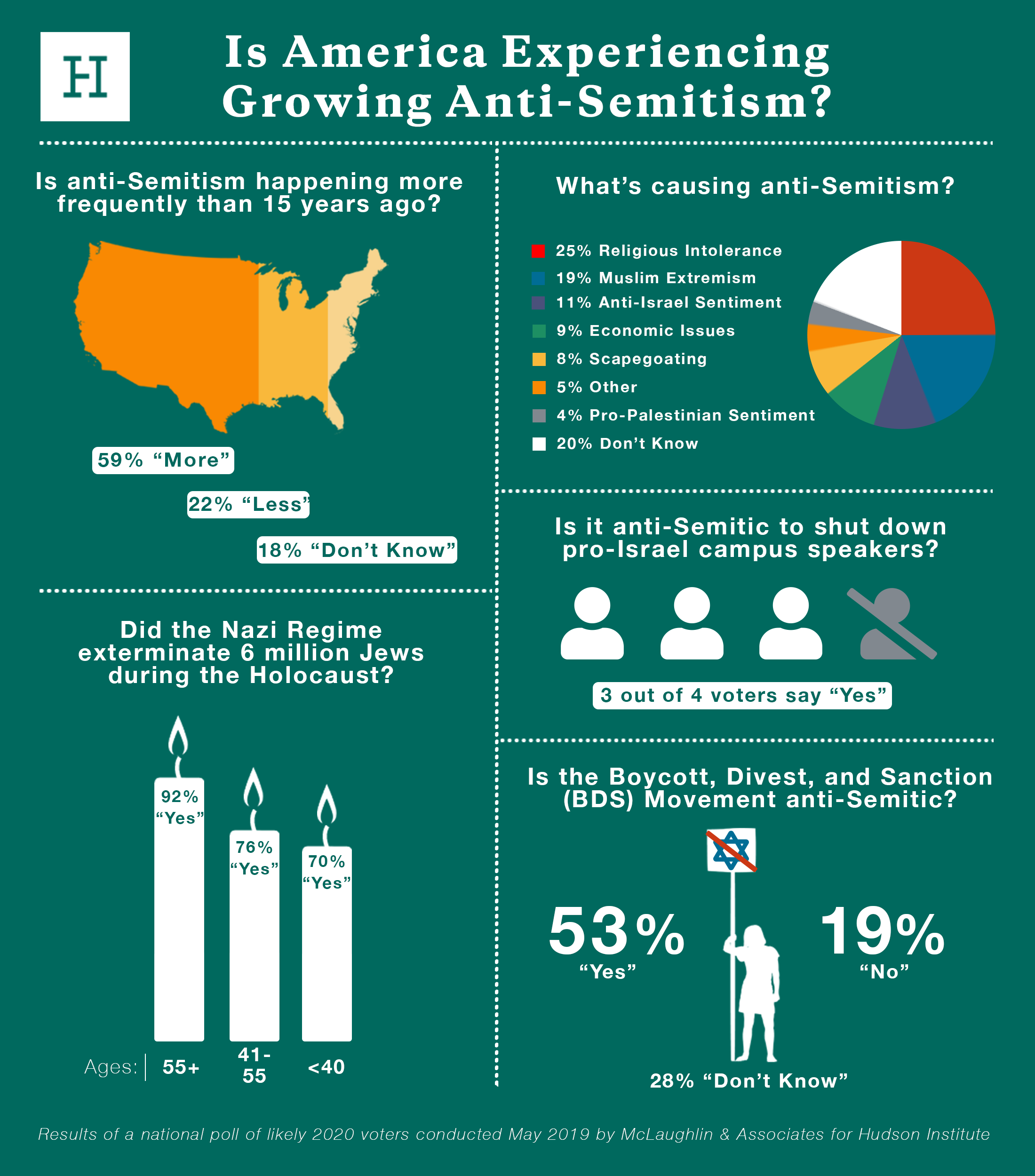 Read our report on Anti-Semitism Among Islamists in Germany.

View the full results of the National Survey of Anti-Semitism in America.

Guam, “where America’s day begins,” constitutes an indispensable strategic hub for the United States. The largest of the Mariana Islands in the ...

Biden Has to Choose: Climate Change or Human Rights in China

President Biden’s ambition to phase out fossil fuels is at odds with his human-rights objectives in China. Last month the U.S. started enforcing the...