Support for Afghan Resistance a No-Brainer 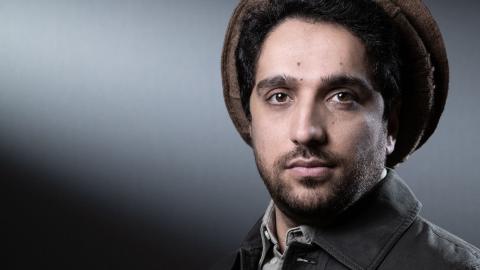 Caption
Afghan politician Ahmad Massoud, one of the leaders of the National Resistance Front and son of the famed Mujahideen leader Ahmed Shah Massoud, in Paris, France, on March 22, 2021. (Joel Saget/AFP via Getty Images)

Since then, it has established itself as the leading, and most effective, group that is willing to take up arms in opposition to the Taliban. Now operating in a dozen other provinces across the north of the country, the National Resistance Front of Afghanistan has continued the fight against the Taliban against all odds and without any international support.

Last week, members of the Afghan diaspora met Massoud and other representatives of the group in Vienna to discuss the situation in Afghanistan and find common ground in the resistance against the Taliban.

Afghanistan has been on a downward spiral for the past year. Even though the Taliban promised that young girls would be allowed to go to school, this still has not happened. Meanwhile, most Afghans are facing an acute humanitarian crisis. Adding to this are internal divisions inside the Taliban leadership and the overall security situation in the country.

While the military wing of the resistance front is very active in northern Afghanistan, the organization has also established a political presence in neighboring Tajikistan. Even so, its political and diplomatic activities on the global stage are limited.

The meeting in Vienna was a sign that this might be changing. More than 30 participants, representing various minority and ethnic groups in Afghanistan, joined the gathering. Even though this was a diverse group from many different backgrounds, they agreed to issue a joint statement outlining their belief that the status quo under the Taliban is not acceptable for Afghanistan.

In terms of the group’s political goals, Massoud and other senior members of the organization have been quite clear that they are willing to negotiate with the Taliban to form an inclusive government representative of all Afghans.

However, they have also made it clear that protections of basic human rights, especially equal rights for women and minorities, are non-negotiable. While the resistance front is largely formed from ethnic Tajiks, the group has stressed that it is open to all Afghans who want to resist the Taliban. The meeting in Vienna was a reflection of this.

Even during the regime of former President Ashraf Ghani, Massoud was an advocate of reforms to Afghanistan’s system of government. Writing for The New York Times in 2020, he stated: “For a lasting peace and just political order to be established in Afghanistan, significant structural changes need to be made to our highly centralized political and administrative system that concentrates power and financial resources in the office of the president with little accountability.”

Ali Maisam Nazary, the group’s head of international relations, recently wrote: “The NRF believes that Afghanistan should be governed as a decentralized democratic republic, a political system that would better represent all ethnic groups and ensure equal rights for all citizens regardless of their race, religion and gender.”

In reality, the Taliban have shown no willingness to work with opposition political groups to form an inclusive government. All of these issues were addressed at the conference in Vienna.

So, while the resistance front’s armed struggle will continue, the international community should also be aware of Massoud’s political activities. In this regard, there are three things that other nations can do that could help the group.

Firstly, allocate a percentage of the frozen assets of the central bank of Afghanistan to the resistance front to support and fund its activities. The US currently holds about $7 billion of these frozen funds. American policymakers should explore legal ways to divert some of them to the group’s political office. Washington’s partners should follow suit.

Secondly, the international community should establish contacts with the organization’s political wing in Tajikistan. High-level contact with members of the leadership will help policymakers to learn more about the group, its goals and its needs.

If members of the international community are comfortable engaging with the Taliban, there is no reason they cannot do the same with the resistance front.

Finally, there should be a global refusal to recognize the Taliban as the legitimate government of Afghanistan. The Taliban would benefit from such legitimacy and the international community should do everything it can to prevent this.

At least 13 members of the Taliban’s so-called government are under some form of UN sanctions. There is no meaningful non-Pashtun representation in the Taliban government. Under these circumstances alone, it is inconceivable that the Taliban can be viewed as the legitimate rulers of Afghanistan.

The recent meeting in Vienna was the first such gathering of the National Resistance Front of Afghanistan, but it will not be the last. The meeting, under the leadership of Massoud, was a de facto recognition that the group is the main opposition force in Afghanistan.

While the US withdrawal from the country has left few good options for international decision-makers, support for the resistance front should be a no-brainer.