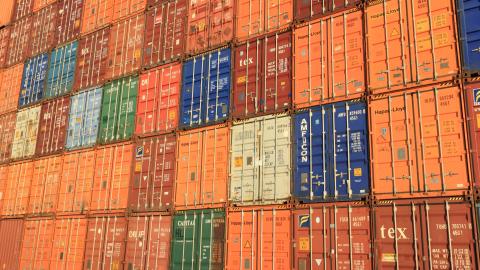 From his presidential campaign to the trade war with China to tariffs on allies, Donald Trump shattered the free-trade consensus of the post–Cold War era. President Joe Biden has largely preserved Trump’s trade agenda and, in some cases, expanded it. The Inflation Reduction Act’s removal of subsidies from Hyundai’s electric cars, for example, has aroused the ire of South Korea’s trade minister, who recalls Biden previously telling Hyundai’s chairman, “I will not let you down.”

Numerous commentators have sought to defend this new bipartisan consensus against freer trade. Citing Alexander Hamilton and arguing that “the principal tradition of free trade one finds in American history was born in the Confederate South,” conservative activist John A. Burtka IV neatly encapsulates the protectionists’ version of American history: “America grew wealthy not from free trade, but behind some of the world’s most imposing protectionist barriers.” Meantime, influential economists such as Daron Acemoglu and left-wing organizations such as the Roosevelt Institute have called for Biden to employ “carbon tariffs” to combat global warming, updating the protectionist playbook for the twenty-first century.

The protectionists’ history, however, like their ideal economy, is distorted. Today’s protectionist agenda is not Hamiltonian but Chamberlainite. Part of the problem is that, in an era of persistent deficit spending and global trade agreements, it can be hard for contemporary Americans to understand the nature of the trade debate at the time of the Founding. For instance, one of the tariff’s most important roles was funding the government. Though the Constitution authorized the federal government to raise revenue, political realities severely constrained its options. Americans in outlying regions tended to revolt when they felt that their tax burden was too high, as in Shays’ Rebellion and the Whiskey Rebellion. Tariffs were generally regarded as a less politically explosive option than excise taxes.

The debate, then, was not between tariffs or no tariffs, but rather between imports or no imports. Hamilton realized that the United States lacked the most important means of national defense: a financial system. He wrote that being able to borrow money in emergencies was “so immense a power in the affairs of war that a nation without credit would be in great danger of falling a victim in the first war with a power possessing a vigorous and flourishing credit.” Following the British model, Hamilton wanted to impose modest tariffs that would cover national debts, to raise the country’s credit rating in international markets, and to use any leftover revenue to promote manufacturing by subsidizing favored companies. Northern merchants, many of whom had funded the American Revolution and whose ships and sailors furnished America with a naval reserve for wartime, supported the agenda.

This was all abhorrent to Thomas Jefferson and James Madison, who wanted to retaliate against Britain’s high restrictions on American goods and effectively end imports of British manufactured products. Manufacturers realized that Jefferson’s hostility to imports would benefit them financially, and trade associations such as New York’s General Society of Mechanics and Tradesmen abandoned Hamilton’s Federalist party. Tench Coxe, who wrote the first draft of Hamilton’s “Report on Manufactures,” joined them shortly thereafter. Jefferson’s trade policies, such as the 1807 embargo, were economically damaging for the United States, but they pleased his southern constituents and his manufacturing supporters. Protectionism’s most fervent early advocates were the slavedrivers and their allies.

Slaveholders took both sides of the tariff issue for most of the antebellum period. Northern manufacturers like Frances Lowell partnered with southerners to pass tariffs, such as the 1816 bill that protected Lowell’s cheap textiles but offered Britain an opening to devastate Lowell’s higher-quality competitors in Rhode Island. In other words, early protectionism was designed to drive American manufacturing down the value chain. Southern Whigs, particularly the Louisiana sugar barons who were among the wealthiest people in the country, generally supported high tariffs. Henry Clay, himself a slaveholder, proposed the “American system” of high tariffs and federal infrastructure spending. He also happened to endorse high tariffs on commodities such as hemp, which had no strategic significance but was grown on his estate.

American protectionism’s high-water mark came with the aptly named 1828 “Tariff of Abominations.” Andrew Jackson’s political allies crafted the bill to win the loyalty of the commodity-producing Midwest, not to boost manufacturers in New England. There may have been an economic rationale for protecting “infant industries,” such as high-quality textiles or strategic resources like shipping, but the bill’s duties on raw materials, including iron, hemp, and wool, were designed to amass votes, not wealth.

Jackson’s subsequent presidential victory set the country on a three-decade trend of relatively low tariffs and small government, and the country prospered. According to economic historians at the Maddison Project, American GDP surpassed Great Britain’s in 1862. Their work is more of an estimate than an exact calculation, but it suggests that the U.S. economy caught up with Britain’s during the antebellum period or shortly thereafter. Hamilton’s subsidy-heavy “Report on Manufacturers” and Clay’s protectionist “American system” could not have had anything to do with this remarkable growth, since neither were enacted.

The history of an earlier global superpower demonstrates the dangers of protectionism. According to Burtka, British free-trade reformers like the abolitionist Richard Cobden espoused a “credo for a utopian globalism.” The truth is more prosaic: though Cobden and some of his supporters were intensely ideological, as many reformers are, they won with a very practical argument. Britain’s longtime restrictions on grain imports benefited special interests like the landed gentry, while impoverishing British workers. The free traders won by showing workers that repealing the protectionist Corn Laws would lower food prices and boost their standard of living.

Free trade’s benefits quickly won over most of the British political class, but that consensus frayed late in the nineteenth century as Germany grew more powerful and threatening. Tory politician Joseph Chamberlain (father of Neville) argued that Britain could not contend with the United States and Germany’s larger markets and predatory trade practices like dumping unless it adopted his “imperial preference” scheme. He proposed that Britain and its colonies reduce their tariffs toward each other while drastically increasing duties on goods from other sources, but he never satisfactorily explained why the colonies would agree to higher prices in exchange for smaller markets. Winston Churchill abandoned Chamberlain’s Tories for the Liberal Party, taunting that his erstwhile allies “love the working man, and they love to see him work.” The working class followed him in the next election.

Since the United States replaced Britain as the leading global power, American policymakers have tended to support free trade. As the Cold War got underway, the United States offered market access to other countries and even rebuilt them, since increasing prosperity in the free world was a much more effective way to contain Communism than allowing the industrial heartlands of western Europe and Japan to stagnate economically, which would have offered the Communists a path to power there. This strategy led the U.S. to victory in the Cold War.

Since the end of the Cold War, the “China shock” and the rise of a hostile, Communist superpower demonstrate a major failure of American statecraft. But blanket protectionism is not the key to rebuilding economic capacity. After the Soviet Union fell, a generation of American leaders mistakenly believed that free trade would make China more liberal and democratic. That policy failed decades ago and cost millions of American manufacturing jobs. American policymakers are rightly tightening restrictions on exports to China and other unfriendly powers of goods and intellectual property that have strategic implications.

Both Chinese expansionism and climate change are problems that are too big for the United States to solve on its own, but protectionist policies risk alienating key allies and partners. The decision by Biden and congressional Democrats to discriminate against key allies is already drawing unusually blunt condemnations from across the Pacific. They may have difficulty differentiating between a rapacious China, which aspires to steal their intellectual property and eventually destroy their industries, and a protectionist America that mauls them now.

America’s allies today have much more freedom of action than Chamberlain’s colonies did, and American policymakers should act accordingly. Beijing’s aggressive behavior demonstrates the need to reduce U.S. economic dependency on China; those imports should be redirected to strengthen our partners and allies and to reverse some of the damage of the China shock. But deliberately lowering American standards of living and antagonizing our friends is a poor choice, particularly at a time of rampant inflation.

Alexander Hamilton closely observed the British empire and wanted the United States to profit from its example. That is his real legacy—one that Americans would benefit from following.