China is using the social media app against America’s children 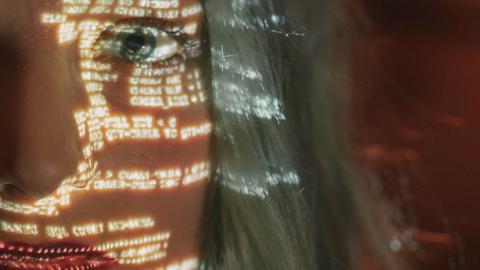 The divine mandate of government is to protect the nation from those who could harm its citizens. Beyond direct kinetic attack, this includes biological warfare, cyberattacks, and digital warfare that steals, infects, and creates societal dysfunction and chaos. TikTok falls into this latter category. It appears as an ostensibly harmless social media app, but it is not. It is a pernicious Chinese Communist Party (CCP) tool of destruction.

TikTok is owned by ByteDance, a Beijing-based Chinese internet technology company. Under scrutiny from US lawmakers, ByteDance has made repeated assurances in recent years that it does not share data with the Chinese government. But in a September hearing in front of the Senate Homeland Security Committee, company executives refused to commit to halting the flow of US user data into China, including into the hands of the CCP.

TikTok CEO Shou Zi Chew admitted that “employees outside the US, including China-based employees, can have access to TikTok US user data subject to a series of robust cybersecurity controls and authorization approval protocols overseen by our US-based security team.”

TikTok is not your average social media app in the amount—and type—of data it collects. It aggressively harvests data. A recent report by the Australian-US cybersecurity firm Internet 2.0 shows that the app has access to precise device geolocations, user contact lists, and calendars, and can even scan hard drives. Security researcher Felix Krause recently uncovered that any external link opened from the app will trigger TikTok to record all subsequent keyboard entries and taps on the screen.

Like other tech giants, TikTok knows the names, ages, phone numbers, and emails of its users. But unlike other social media giants, this aggressive data harvesting establishes a user profile that includes precise locations, biometric data (face and voice), keystroke patterns, metadata, and, as Commissioner Brendan Carr points outs, text, images, and videos that are stored on a device’s clipboard.

So why would the Beijing-based company want this stockpile of data on American citizens? One only has to look inside China. The CCP uses data to manipulate and control Chinese people because the Party, and Xi Jinping in particular, believes that in the 21st century, data is power and it is control.

It isn’t just that the CCP is stealing data that they will use against us. The app’s algorithm is stronger than any other and is now linked to mental illness, increased anxiety, depression, and, perplexingly to experts, neurological damage, including 10 times the increase of Tourette syndrome in teenage girls. TikTok usage also correlates with perpetuating the eating disorders and gender dysphoria that are ravishing their way through America’s teenage girls. It also unleashes a flood of videos that question the viewer’s gender and extol and affirm gender-fluidity and “switching” genders, encouraging millions of teens towards confusion, anguish, and even irreversible bodily harm.

Because of TikTok’s reinforcing algorithm, impressionable young minds are affected by such content, video after video. As a Wall Street Journal report concluded, the app acts on young people’s brains like a “candy store.” Another clue that the CCP is aware of the pernicious effect of TikTok in the West—those algorithms don’t work the same way inside China. Instead, the Chinese version has a “Youth Mode” for anyone below the age of 14. Inside China, rather than videos that seem to encourage mental breaks and social dysfunction, the algorithms promote educational content and life hacks. The app inside China also limits children’s use to 40 minutes per day and bans all overnight scrolling.

Open and free societies, like the one we Americans inherited, are supposed to encourage a vibrant, innovative, free-thinking, and creative citizenry. Free and self-governing citizens ought to bristle at the idea of conformity and statism. We know how backwards the US public educational system has become, and how rather than uplifting and shaping citizens of character and virtue, it is steering children towards mediocrity and even depravity.

TikTok is accelerating the decline. TikTok is shrinking attention spans, ruining a generation’s capacity to focus, to discern, to live full, awakened, productive lives. And it lures them into a state of stupefaction so that their minds can be easily exploited. Christian parents should especially see how technology is working directly against your efforts to encourage your children to, as Luke 21 urges, “Constantly be on your guard so that your hearts will not be loaded down with self-indulgence” and to “be alert at all times, praying that you may have strength.”

Parents would be wise to unplug their children from all social media, and TikTok specifically. But it’s the government’s duty to rid the country of the digital fentanyl—and national security risk—that is TikTok.