George Washington’s Birthday and the Battle for History

Rangers giving tours go off script about the American Revolution 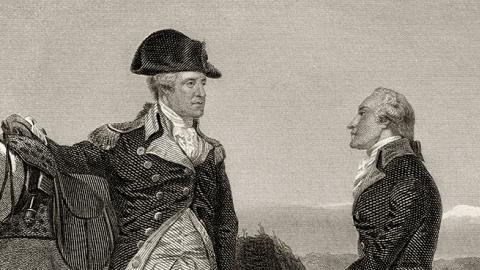 George Washington’s birthday is celebrated on Monday, so consider this thought experiment: It is 2026 and Washington and close military advisers like Alexander Hamilton return for a 250th-anniversary ride on the eight decisive battlefields where American independence was won.

At first, they might be pleasantly surprised to see the battlefields still intact. But suppose the visiting heroes lean down from their saddles to listen to the park rangers leading tours in green-and-gray uniforms. Expecting to hear a recounting of battles that formed the republic, they instead hear stories about identity politics and climate change. Hamilton, upon returning to his only home, in New York—a site that attracts thousands of visitors annually—would be taken aback to hear, as I did on a visit, park rangers editorialize that he stashed his wife there so he could carry on with his mistress in his Wall Street home.

Read the full article in the "Wall Street Journal":https://www.wsj.com/articles/george-washingtons-birthday-and-the-battle….