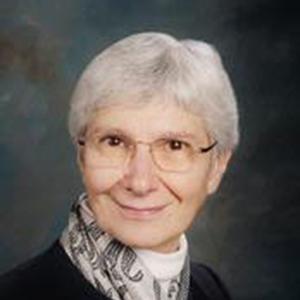 Human memory is precarious and requires steady safekeeping. As Samuel Johnson sagely observed, "Men more frequently require to be reminded than informed." We take things for granted. We are distracted. We allow important matters to slip from consciousness. These tendencies are exacerbated in the American republic, with its emphasis on innovation, progress, and the freedom each person has to make himself anew. Americans can enjoy our blessings of liberty, equal rights, enterprise, and religious freedom without consciously appreciating the deeds and stories of those who have made these blessings possible and who have handed them down to us. It goes without saying how collective memory is imperiled today, in an age defined by instant messaging and other enthusiasms for the ephemeral.

Against the rushing stream of time, our national holidays are intended to be days of commemorationnot simply days for extending the weekend or getting bargain mattresses. Our holidays not only provide time for remembrance of things past. At their best, they also invigorate us in the present by attaching us to thoughts, deeds, and sentiments that can enrich our lives today and tomorrow. One among our holidays alone bears the name and the specific call to remembrance: Memorial Day.

Memorial Day, once called Decoration Day, is a post-Civil War holiday. It was first instituted by the Grand Army of the Republic on May 30, 1868, "for the purpose of strewing with flowers or otherwise decorating the graves of comrades who died in defense of their country during the late rebellion, and whose bodies now lie in almost every city, village, and hamlet churchyard in the land." If the Fourth of July renews the memory of the birth of the nation, Decoration Day renewed the memory of those who gave their lives "that that nation might live," or again in Lincoln's words, that this nation would have a new; birth of freedom.

On Decoration Day, May 30, 1871, at Arlington National Cemetery, it was an ex-slave named Frederick Douglass who delivered the memorial address near the monument to the "Unknown Loyal Dead," before a gathering that included President Grant, his cabinet, and many other distinguished people. "Dark and sad," Douglass began, "will be the hour to this nation when it forgets to pay grateful homage to its greatest benefactors." Giving eloquent expression to that homage, he concluded: "If today we have a country not boiling in the agony of blood, like France, if now we have a united country, no longer cursed by the hell-black system of human bondage . . . if the star-spangled banner floats only over free American citizens in every quarter of the land, and our country has before it a long and glorious career of justice, liberty, and civilization, we are indebted to the unselfish devotion of the noble army who rest in these honored graves all around us."

On this occasion and for the rest of his life, Douglass was at pains to keep alive through speech the memory and meaning of the deeds of that noble army of men who gave their lives to preserve the Union. The 1871 Decoration Day speech was the only speech, of the thousands he had given, that he chose to include, verbatim, in his 1893 autobiography, Life and Times of Frederick Douglass, a book devoted to celebrate and to prevent forgetfulness of the triumph of freedom over slavery.

After World War I, Decoration Day was expanded to commemorate the lives of all those who have died in service to our country. Later, the name of the holiday was changed to Memorial Day; later still, it lost its fixed date in the calendar, celebrated instead on the last Monday in May. Its distinctive significance may also be diminished by the presence of Veteran's Day (formerly Armistice Day, marking the end of World War I), another holiday honoring those who have served in uniform. Yet even as Memorial Day has been losing its place in our lives, its importance has surely grown. In the past decade hundreds of new names have been added to the roster of those whose lives and service we are summoned to remember.

But how do we best remember them, and in what spirit of heart and mind? How can we honor their sacrifice, made on our behalf? Not, to be sure, solely by dwelling upon their past deeds. We the living must ourselves act to preserve, perfect, and perpetuate what they have safely passed down to us. But if we are to be able to appreciate and transmit their legacy, we must pause long enough to learn and remember what they did and, above all, what they did it forto safeguard a nation great and good, under God, indivisible, with liberty and justice for all. And if we are to learn and remember, we must learn and perpetuate also the words of those who have preserved and interpreted for us the heroic deeds of generations past.