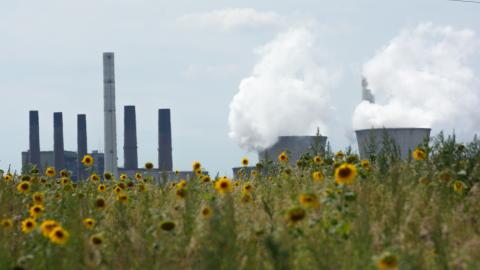 Russia’s campaign against Ukraine in February fundamentally altered the geopolitical landscape of the trans-Atlantic community. The consequences of this conflict have yet to be fully felt and will likely take years, if not decades, to be completely understood.

For example, Russia’s anti-Ukraine campaign reignited a debate in Europe about defense spending that has not been seen in decades. Politicians that once paid lip service to spending more on the military are now finally putting their money where their mouth is and investing in the armed forces. Billions of euros in new military investments have been made. Billions more have been committed to future projects.

The campaign against Ukraine has also been a wake-up call for NATO. Its most recent “Strategic Concept,” published earlier this year, stated that “the Russian Federation is the most significant and direct threat to Allies’ security and to peace and stability in the Euro-Atlantic area.” Compare this wording to NATO’s previous version in 2010, which stated that the alliance remains “convinced that the security of NATO and Russia is intertwined and that a strong and constructive partnership based on mutual confidence, transparency and predictability can best serve our security.” How times have changed.

After the invasion, NATO scrambled to bolster its defenses in Central and Eastern Europe, along its border with Russia, while at the same time millions of Ukrainians fled the fighting to seek refuge across Europe.

The economic impact of this war has been felt around the world with higher food and commodity prices. This has made an already-precarious economic situation due to the COVID-19 pandemic even worse. For Ukraine itself, the economic situation has been devastating. It is estimated that almost half of its gross domestic product has been wiped out since Russia’s invasion. The cost to Ukraine’s damaged infrastructure is estimated to be more than $50 billion and counting.

However, there is one area where Europeans have acutely felt the consequences of Russia’s invasion. This is energy. The International Energy Agency recently said that the world is facing a “global energy crisis of unprecedented depth and complexity,” and that “there is no going back to the way things were.”

The pain has been acutely felt in Europe. Frankly, Europe should have seen this coming. But decades of cheap Russian oil and gas fueled its economic development and growth. Europe’s addiction to cheap energy created a situation of collective denial when it came to the degree of dependency on Russia. For many policymakers across the continent, the loss of Russian energy from Europe’s markets seemed impossible to fathom.

This state of denial manifested in two ways. First was the fervent drive to implement radical timelines to achieve “net-zero” carbon dioxide targets, while placing an unrealistic and disproportionately high emphasis on renewable energy sources. Second was the EU’s commitment to Nord Stream II, the gas pipeline that would have connected Russia directly to Germany through the Baltic Sea.

Russia preferred this method because it removed Ukraine from the transit route to European markets. Germany liked the pipeline because it would have allowed it to consolidate even more power across much of Europe. The vast majority of European countries, especially those in Eastern Europe, were concerned about Russian dominance in the continent’s energy market, but it was not until the invasion of Ukraine in February that Berlin finally woke up to the realization that supporting such a pipeline was untenable.

It is not as if the warnings were not there for Europe. Russia had a long track record of using energy supplies as a tool of foreign policy. This included Russian cyberattacks targeting energy infrastructure, including in Germany, Georgia, Ukraine and the US. Even before the invasion of Ukraine, Europe was already facing high energy prices. Now they have soared even higher. Natural gas prices in Europe are seven times higher than the recent average. Meanwhile, the cost of electricity is 10 times higher than it was just a couple of years ago. Globally, crude oil prices are higher than they have been in several years.

There are some plans to reduce the European dependency on Russian energy. The EU will implement an embargo of Russian oil at the end of 2022. There are plans to diversify away from Russian natural gas too. Earlier this year, the EU signed a deal with Azerbaijan to import more natural gas from the Caspian region. Italy and France are looking at options to import more gas from North Africa. However, the process of diversifying away from Russian natural gas has moved at a snail’s pace.

Meanwhile, Europe still pays Russia billions of euros each week for natural gas. This dwarfs the total amount of EU military and humanitarian aid given to Ukraine so, ironically, the EU is actually funding the Kremlin’s war effort. Some countries like Hungary have even increased their Russian energy imports since the invasion of Ukraine.

A pipeline is the only economically viable way to move natural gas across the Caspian Sea. This means that, right now, there is no profitable way to get Central Asia’s gas to Europe without going through Russia or Iran. Europe should take a leading role in making the proposed trans-Caspian pipeline a reality.

Kazakhstan recently announced that it would start using Azerbaijan’s Baku-Tbilisi-Ceyhan pipeline to begin transporting its crude oil to global markets next year, ending Russia’s two-decade monopoly of transporting Kazakh oil. This is a positive development that Europe should build on.

In addition, Europe’s energy security can be bolstered by the Three Seas Initiative. Launched in 2016 to facilitate the development of energy and infrastructure ties among 12 nations in Eastern, Central and Southern Europe, the initiative aims to strengthen trade, infrastructure, energy and political cooperation among countries bordering the Adriatic, Baltic and Black Seas. As a vestige of the Cold War, most infrastructure in the region runs east to west, stymying greater interconnectedness. Developing north-south interconnections and pipelines would boost Europe’s energy security.

Meanwhile, the Biden administration needs to remove the red tape that prevents the US energy sector from reaching its full potential. The more American oil and gas that can be exported to Europe, the better.

One cautionary note is worth making. As European policymakers become more desperate to find alternatives to Russian energy, some are looking toward Iran. The desperation for new sources of oil and gas explains the recent enthusiasm by some Europeans, and the Biden administration, to secure a new deal with Tehran over its nuclear program. Iranian Oil Minister Javad Owji said over the summer that the country was ready to help Europe with its energy crisis and many Europeans naively believe it has something to offer.

But the hope that Iran can come to Europe’s rescue is not aligned with reality. Iran produces a lot of natural gas, but most is for domestic consumption. What little gas may be available for the EU lacks the required pipeline and other infrastructure for export to Europe. In terms of oil, Iran is better placed to help, but there are still challenges.

Even if a new deal between the international community and Iran were signed tomorrow, it could take months to pick apart the vast economic sanctions regime that is currently in place. During this time, no oil would be exported to Europe. On top of this, Iran lacks the proper infrastructure to export significant amounts of oil to Europe because of years of chronic underinvestment. So, in the case of Iranian oil and gas, whatever could be exported to Europe would probably be too little and too late for this winter.

Then there is the moral question about shifting energy reliance away from Moscow to Tehran. Iran has been providing Russia with armed drones for use in Ukraine. In recent weeks, dozens of these suicide drones have struck civilian infrastructure targets across Ukraine. These attacks have had a detrimental impact on the electricity grid as Ukrainians head into the cold winter months. Is it wise to buy energy from a country enabling Russia’s war?

When it comes to Europe’s energy security, there are a lot of lessons to be learned. Due to the prudent steps taken by policymakers earlier this year, it looks like Europe will get through the coming winter without any major issues. However, it is next winter that should be a concern. There is no doubt that the war in Ukraine will still be ongoing. But can European policymakers find new and enduring sources of energy to keep the continent powered well into the future?

If steps are taken now, Europe can get on the path toward energy security for the first time in decades. Every barrel of oil and cubic meter of natural gas that the Europeans obtain from somewhere other than Russia and Iran will make the continent safer. The year 2023 is the time for action.