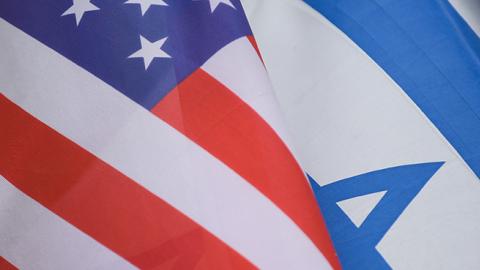 Caption
(Photo by Omar Marques/SOPA Images/LightRocket via Getty Images)
Tuesday 5:00 - 6:00AM
Past Event

President, Jerusalem Center for Public Affairs, former Director General of the Ministry of Foreign Affairs and former Ambassador of Israel to the United Nations

Hudson Institute hosted the Honorable Dore Gold, former Director General of the Ministry of Foreign Affairs of the State of Israel, Ambassador of Israel to the United Nations, and now the president of the Jerusalem Center for Public Affairs, for a discussion on the current state of U.S.-Israel relations. The conversation was moderated by Hudson's Ravenel B. Curry III Distinguished Fellow in Strategy and Statesmanship Walter Russell Mead.

U.S.-Israel relations are characterized by long-standing strategic cooperation, and deep political, military, economic and social bonds. Israel's security and stability in the Middle East remain critical for U.S. interests. President Trump's recognition of Jerusalem as Israel's capital and relocation of the U.S. embassy has strengthened relations between the two nations. At a time of renewed geopolitical competition between global powers, particularly between the U.S. and Russia, revisiting the U.S.-Israel partnership and its impact on regional stability is crucial.