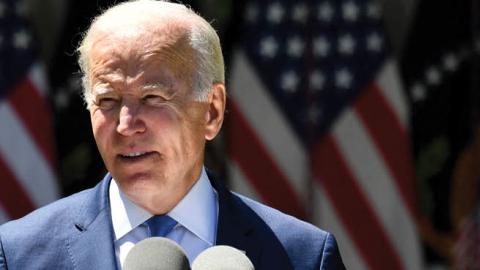 Caption
U.S. President Joe Biden delivers remarks in the Rose Garden of the White House in Washington, DC, on May 9, 2022. (Photo by Nicholas Kamm / AFP via Getty Images)

Nowhere outside the former Soviet Union did Vladimir Putin have more success in rebuilding Russia’s great-power position than in the Middle East. Now, however, as Mr. Putin counts the costs of his bungled Ukraine adventure, it is not clear whether Russia’s Middle East gains can survive.

Capitalizing on American errors like President Obama’s failure to enforce his threats of a military response to Bashar al-Assad’s use of chemical weapons in the Syrian civil war, Russia inserted itself into Middle Eastern politics and defended the Assad regime from its domestic opponents. The success, ugly but real, of that Russian intervention seriously damaged American prestige, increased Moscow’s leverage over Turkey, supported Russia’s outreach to oil-rich Arab states, and forced Israel to ask Russia’s permission to carry out operations against Iranian proxies in Syria.

The Biden administration spent its first year making matters worse, centering its Middle East policies on the revival of the nuclear deal with Iran, moral disdain for real and perceived shortcomings of both the Gulf Arabs and the Israelis, hostility toward fossil-fuel production, and a continuing shift in American strategic priorities away from the region as part of a larger “pivot” to Asia. The fruits of this strategy became apparent when American efforts to push Israel into a strong anti-Russia position fell almost as flat as U.S. efforts to persuade the Arabs to support America’s Ukraine policy by boosting oil and gas production to keep world prices low.