When Xi Jinping, the chairman of the Chinese Communist Party (CCP), dreams of global domination, he worries about one thing above all else: a hostile 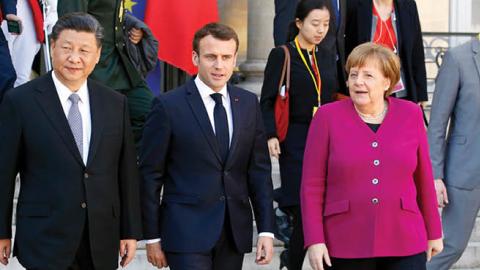 When Xi Jinping, the chairman of the Chinese Communist Party (CCP), dreams of global domination, he worries about one thing above all else: a hostile United States backed by its allies—and on the Eurasian landmass, the US has no more important ally than Europe. As a result, Xi has worked to weaken the transatlantic alliance through a two-pronged economic stratagem. First, under the guise of globalization, China has insinuated itself into the European economy, creating dependencies. Second, Beijing is manipulating those dependencies to hollow out and supplant Europe’s advanced economies. To give this deception cover, China has built a vast political network across Europe, from basic sympathizers to outright spies.

Until recently, barely anyone took notice, but the financial crisis and forever wars of the past two decades, culminating in the election of Donald Trump as president of the United States, lured the self-confident Xi out into the open. During the coronavirus pandemic, China revealed an aggressive attitude toward Great Britain’s former colonies that shocked the United Kingdom. In the span of mere months, London shifted from cooperation to confrontation. In July, it became the first country in Europe to block the Chinese telecommunications giant, Huawei, from its next-generation networks.

Germany, the continent’s most important country, still sees China as key to post-pandemic recovery and economic growth, however. Xi has exploited this attitude to strike an investment agreement with the European Union (EU), the chief purpose of which is to forestall a transatlantic approach under the new US president, Joe Biden. Together, the United States and Europe have unparalleled advantages against any competitor. Now is the time for cooperation, before Xi’s dreams become our collective nightmare.