Europeans Try to Have It Both Ways 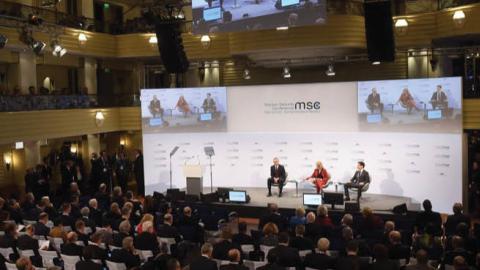 How solid is the West? At last weekend’s Munich Security Conference, the world’s largest gathering of security policy makers and officials, the theme was “Westlessness,” referring to the sense of disorientation that many Europeans feel in this age of America First.

Since the 1940s, U.S. leadership in the service of a united and secure Europe has been the one unchanging feature in the Continental landscape. For generations, the U.S. committed to protect Europe from Russia, maintain bases in Germany to prevent it from threatening its neighbors, and promote European integration. Now Europeans don’t know where they stand, and a mixture of bafflement, anger, disappointment and fear fills the atmosphere at conferences like the one in Munich.

There’s little doubt that Trump administration policies, ranging from trade wars to toughness on Iran, have tested trans-Atlantic relations to the breaking point. But to understand the growing weakness of the Western alliance, Europeans need to spend less time deploring Donald Trump and more time looking in the mirror. A good place to begin is with a Pew poll released earlier this month on the state of the North Atlantic Treaty Organization.