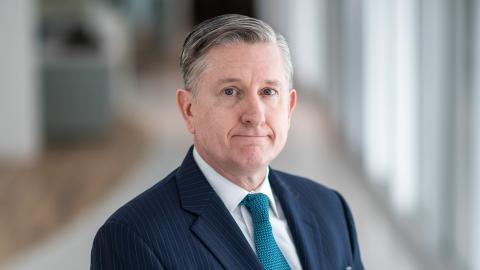 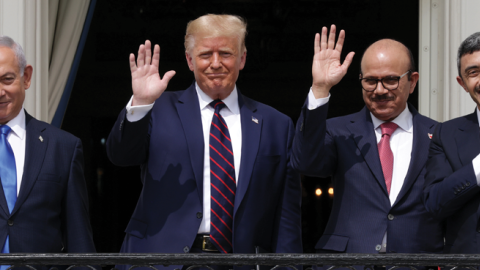 Today, Sept. 15, 2022, marks the second anniversary of the signing of the historic Abraham Accords agreements on the White House lawn. With war in Europe threatening international energy and food security while simultaneously exacerbating global inflation and supply chain disruption, the Abraham Accords have the potential to transform the Middle East into a source of sustainable solutions to these urgent challenges, advancing peace and stability not only in the Middle East but around the world.

Much of the discourse surrounding the Accords has focused on the flourishing bilateral ties between Israel and its Arab peace partners, both new and old. The growth in bilateral ties has, without a doubt, been impressive, with United Arab Emirates projected to reach $4 billion in 2022.

However, the truly transformative potential of the Accords is in strategic multilateral initiatives linking Abraham Accords members and other Middle East countries with the U.S., European, and Asian markets.

One area where the potential of an economically integrated Middle East can have a far-reaching impact is energy. According to the U.S. Geological Survey, Eastern Mediterranean gas reserves are estimated,large%20quantities%20of%20gas%20liquids. at about 345 trillion cubic feet, more than enough to supply regional needs and exports to Europe, helping to replace the loss of Russian gas following its invasion of Ukraine.

Notably, in June 2022, the European Union, Egypt and Israel agreed to increase exports of Israeli gas to Europe via Egypt significantly. This agreement is a harbinger of future energy collaboration through frameworks such as the East Mediterranean Gas Forum, and it is just the beginning.

Given the opportunity to attract public and private investment and support from beyond the region, new opportunities will continue to expand the scope of economic integration. The East Med Gas Pipeline and the Euro-Asia Electricity Interconnector stand out given their proposed direct linkages between the region and the greater European market.

Israel and its neighbors are also no strangers to energy innovation. In fact, many of its members now offer to exchange their innovative potential to deliver critical supplies, tapping into their respective natural potential. Emerging cooperation between Jordan, Israel and the UAE under the proposed Prosperity Green/Blue project could see Jordan leverage its desert expanses to provide solar energy to Israel.

In exchange, Israel could provide Jordan with up to 200 million cubic meters of desalinated water. Looking ahead, the Middle East can, and should, become a reliable source for Europe’s electricity needs.

In addition to the energy crisis, the Russian invasion of Ukraine is fast, leading to acute food shortages. According to the World Economic Forum, “countries in Africa and the Middle East, in particular, are heavily dependent on wheat imports from Russia and Ukraine.”

Joint Abraham Accords ventures, taking advantage of the relative strengths of each country, can promote successful agricultural projects in Accords countries such as Sudan (helping retain Sudan within the Accords), as well as other developing economies. At the same time, expanding the overland Israel-Gulf Cooperation Council (GCC) trade route, connecting Europe with Asia can greatly reduce the time and cost of shipping perishables across the region, thereby enhancing food security.

Indeed, Abraham Accords’ innovation and cooperation in sectors such as energy, water, agriculture and logistics, can lead to breakthroughs that will improve the lives not only of the people of the region, but also of the more than 2 billion residents of arid and semi-arid climates. While Israel is a recognized climate technology leader, with Tel Aviv recently ranked as the number 2 cleantech ecosystem in the world, pioneering regional projects such as Saudi Arabia’s Neom and the UAE’s Masdar City provide an opportunity to work together on new paradigms of sustainable living.

The upcoming Conference of the Parties of the United Nations Framework Convention on Climate Change (COP)27 in Egypt and COP28 in the UAE can provide an excellent stage to demonstrate the benefits of Middle East climate cooperation for the planet.

Countries enjoying the benefits of win-win economic cooperation are motivated to defend themselves against outside threats. A new regional security architecture could help safeguard shared economic interests against threats by radical regimes and their proxies. This is particularly urgent as Iran continues to direct and fund terror activity, including missile and drone attacks against its neighbors while seeking to undermine regional governments.

In 2021, Israel was incorporated into the U.S. Central Command area of responsibility, and Israel, Bahrain, UAE, and the U.S. held their first public joint naval exercises, both developments that highlight the new scope of military collaboration between Israel and its neighbors to meet mutual threats.

Nearly two years after their signing, the Abraham Accords can help solve the most pressing challenges facing the international community while ensuring peace and stability in the Middle East, but well beyond.

The benefits of the Accords for global stability will increase exponentially as more and more Muslim-majority countries join, from Africa to the Gulf to southern Asia. It is, therefore, in the interest of all U.S. and international stakeholders to play an active role in expanding and deepening the Accords.

As the Abraham Accords celebrate the second anniversary of their signing amidst war in Europe and spreading peace in the Middle East, their potential to contribute to groundbreaking solutions for crises across the globe continues to grow.

Read in the Daily Caller.